Saheed Akinade-Fijabi, others lost bid to return to Reps. 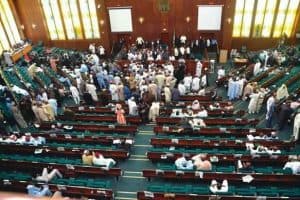