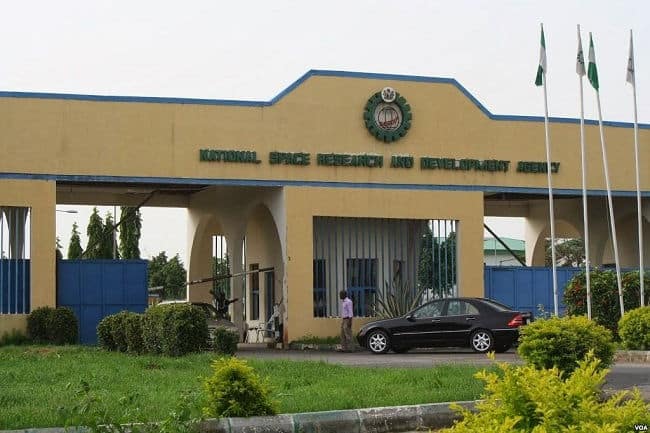 The National Space Research and Development Agency (NASRDA) was established on the May 5, 1999 by an Executive Order of the Federal Ministry of Science and Technology with a clear mandate to use space science and technology for the socio-economic development and the improvement of the quality of life of Nigerians. 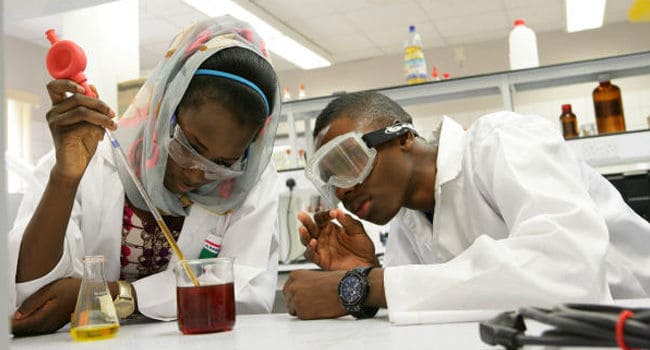 In 2010, the NASRDA’s establishment Bill was passed into law by the National Assembly and consequently assented by the then President Goodluck Jonathan.

The mission of NASRDA is to vigorously pursue the attainment of space capabilities and the enhancement of the quality of life of mankind through space related research and development (R&D), capacity building in the fields of science, engineering, space law and administration for sustainable national development.

In spite of the significance of NASRDA in the nation’s scientific and economic development, it is unfortunate that it has been lately reduced to a centre for game of thrones owing to flagrant breaches of extant laws regarding the headship of the agency.

It is pertinent to draw attention to the salient provisions of Section 14 (2) of NASRDA Act, 2010 on the qualifications of the Director-General of the agency: ‘The Director-General shall be a person with a minimum of 15 years general demonstrable research experience in science and technology and knowledgeable in space science.’

Furthermore, by the provisions of the NASRDA Act 2010, the agency is unique and does not fall under the auspices of the application of the Civil Service Rules in the management of its affairs, and in this respect, the appointment of the Director General.

Section 20 of the Act is hereby reproduced verbatim: “The council may make staff regulations and adopt staff conditions of service, which are independent of the Civil Service of the Federation and which may provide for:

a. The remuneration of members of staff of the agency; and

b. Appointment, promotion, fringe benefits and productivity incentive of members of staff of the Agency.”

Flowing from the above, the Civil Service Rules do not and cannot be applied to the unambiguous and unequivocal provisions of section 14 in regulating the appointment and ‘qualifications’ of the Director-General of the agency.

Section 14 (1) and (2) provide: (1) There shall be a Director-general for the Agency appointed by the President on the recommendation of the Council subject to confirmation by the Senate.

(2) The Director General shall be a person with a minimum of 15 years demonstrable research experience in science and technology and knowledgeable in space science.

The above provisions of the law have been and are still being subjected to violation on a continued, daily basis by the continued tenure of the present ‘Supervisory Director’ of the agency unilaterally appointed by the former Permanent Secretary (PS) of the Ministry of Science and Technology.

Consequence upon the above also, any moves to rearrange the ranking of the agency’s Directors in line with the provisions of the Federal Civil Service Rules is illegal and a grave violation of Section 20 of the NASRDA Act, 2010.

Hitherto, the agency has a standard process in place for the promotion and ranking of its Directors and other staff as provided for by NASRDA Act, 2010. This process cannot be altered by directive/decision of the Permanent Secretary of the Federal Ministry of Science and Technology or any other organs of government.

It is, therefore, pertinent that a substantive Director-General should be appointed for NASRDA immediately as provided for by the establishment Act of the agency.

It’s also important that to note that Civil Service Rules cannot be applied in the ranking of Directors and indeed the appointment of a substantive Director-General for the agency because the NASRDA Act, 2010 expressly ousted the application of the Civil Service Rules in the general regulation of the activities of the agency, particularly the regulation of staff appointments.

It is trite law that civil service rules cannot override the provisions of an Act of the National Assembly. If or where two or more persons meet the above qualification criteria, the nominal roll as provided by the agency should be considered above any other nominal roll whatsoever.

Therefore, the appointment of Mr J.U. Angulu as the Supervising Director over and above Dr F.D. Chizea in 2019 when….. who was a Chief Scientific Officer when Mr J.U. Angulu joined the Agency in 1999 as an Assistant Chief, is in contradiction of NASRDA’s nominal role.

Furthermore, the appointment of Mr Angulu, a Historian who do not have a PhD (as required by Law) and had been a Procurement/Admin Officer for the last 20 years over and above Dr Chizea who is the most senior Director (in accordance with NASRDA’s nominal role) and possesses the required qualifications (PhD in Physic and Astronomy) is both an aberration and disheartening.

It is very important to note that Dr Chizea have been very instrumental to the implementation of the National Space Policy Programme.

Dr Francis Dubem Chizea joined the Federal Civil Service on August 21, 1991 as a Scientific Officer II at the Ministry of Science and Technology.

He joined NASRDA at its inception on May 5, 1999 as one its pioneer management staff.

During Dr. Chizea’s 21 years of service at NASRDA up till date, he has held various positions, which include:

· * Director, Planning Policy and Research and Head of Department. (The position he held before his appointment as acting Director-General of NASRDA).

Also, some of the major achievements of Dr Chizea at NASRDA include:

* He was the Project Manager for the design, building and launch of Nigeria’s first satellite (Nigeriasat-1), which was launched into orbit in 2003. He also handled the construction, commissioning and management of the Ground Receiving station for the Nigeriasat-1satellite. These function also included the day to day monitoring, control, tasking and downloading of data from the Nigerisat-1 satellite.

* He was also the Project Manager for the design, building and launch of the second and third Nigeria’s earth observation satellites namely, the Nigeriasat-2 and Nigeriasat-X respectively. These also included the construction, commissioning and management of the Mission Control Centre for the two satellites. He also oversee the day to day monitoring, control, tasking and downloading of data from the two satellites.

* He served on the Committee that drafted the 25 Year Roadmap for the implementation of the approve National Space Policy and Programme.

* He was also the Nigeria Project Manager for Disaster Monitoring Constellation: Under this umbrella, he managed Nigerian contribution of satellite data to the International Charter for Space and Major Disasters during events South East Asian Tsunami in 2006 and the Hurricane Katrina in the US.

* He coordinates the participation of Nigeria at the United Nations Committee on the Peaceful Uses of Outer Space and its two Sub-Committees for the past 14 years.

* He has served on many local and international committees and Research Groups in various capacities.

Dr. Chizea is presently the first Vice Chairman of the United Nations Committee on the Peaceful Uses of Outer Space, a position bestowed on him on the recommendation of the African Group Task Force on Space Science and Technology in Vienna, Austria. 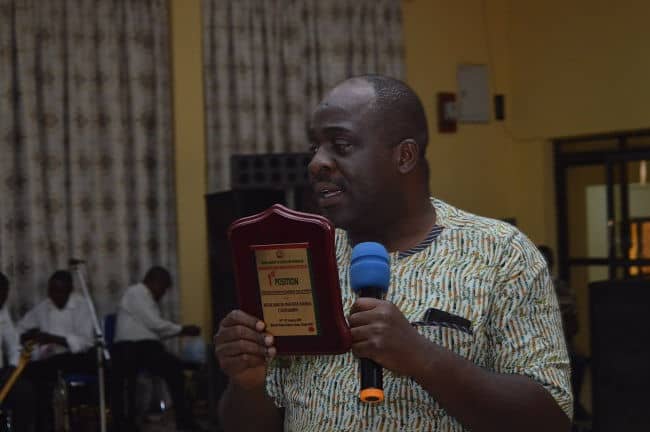 He is a world renowned Researcher and Scholar who holds a PhD in Physics and Astronomy from the University of Nigeria, Nsukka (UNN). He currently serves as adjourn Professor on the Faculty of the International Space University, Strasbourg, France and has over 40 publications to his credit.

From the foregoing, it is crystal clear that Dr. Chizea is the man that the cap of NASRDA DG fits and it is incumbent on the concerned authorities to quickly retrace their steps and undo the illegality of nominating another person to the Senate for confirmation as Director-General instead of the right man in ther person of Chizea in order to protect the integrity of agency.

Dr. Chizea is from Onicha-Olona in Aniocha North local government area of Delta State and he is happily married and blessed with four children.

**** Omoboye is an Abuja-based journalist.