Security of Nigerians is our concern- Senate President, Lawal Ahmad 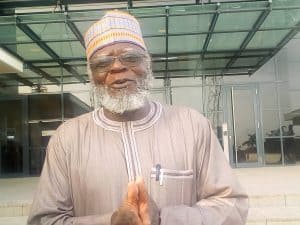 Security of Nigerians is our concern- Senate President, Lawal Ahmad

Today, the inspector general of police, Mohammad Adamu, the NDLEA BOSS Abdullah was on a working visit to the Senate President.

The visit was base on Nigerians that are wrongly arrested in Saudi Arabia.

The two key concerned agency of the government were present, the police and the NDLEA.

The NDLEA BOSS Abdallah in chat with the nassnews correspondent said the NDLEA is ready to recruit 15000 more men in batches to their work force.