speakership: I am most qualified,won’t step down –Bago

speakership: I am most qualified,won’t step down –Bago 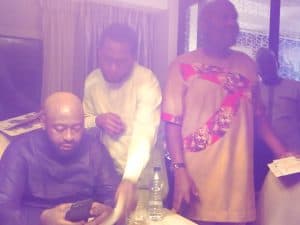 Chairman of the House of Representatives’ Committee on Marine Safety and Education and speakership candidate, Hon. Umaru Mohammed Bago, has said despite pressure from some quarters, he will not back out of the leadership race.

Bago made this declaration yesterday when he received the leadership of the Nass new media led by the Chairman, Yemi Itodo in his campaign secretariat in transcorp, Abuja.

He said that his aspiration was fueled by “the need to ensure equity and fairness among the six geo-political zones of the country, protect the interest of the North-Central in ensuring it gets her fair share and not denied representation.”

Bago, who has been elected for third term having joined the House in 2011, said the unilateral decision by a section of the party, All Progressives Congress (APC) to zone the office of the speaker to the South-West was undemocratic and unfair to other geo-political zones.

The lawmaker said he was convinced that excluding a zone that gave the APC the third highest votes at the Presidential election will not be fair and just.

“The party was jointly-built by pragmatic efforts of several Nigerians to change the status-quo, the issue of one individual, who wants to take a decision for the 9th assembly, is unacceptable.

“There is no retreat, no surrender. Honestly speaking, we are in for this game and it is non-negotiable,” Bago said.

He emphasized the need for balancing in government, giving all the geo-political zones sense of belonging in leadership while also maintaining the independence of the parliament.

According to him, his “candidacy is one which would further stamp the desire of President Muhammadu Buhari’s administration to ensure a youth-inclusive government if he becomes the Speaker of the House of Representatives.

HON. J. DYEGH DECLARES INTENTION FOR OFFICE OF THE SPEAKER