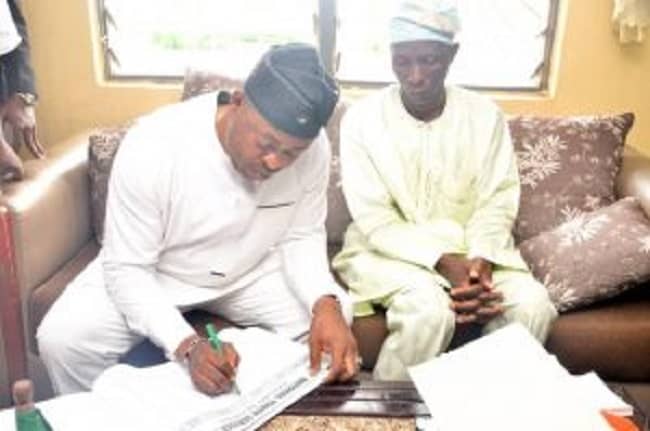 nassnewsng.com
The Osun State house of Assembly under the leadership of the speaker Rt (Hon ) Timothy Owoeye commiserate with the Nigeria Youth service corps and the family of late Miss Juliana Ayomikun Ademorayo .

The Honorable members paid a Condolence visit to the Nysc Secretariat to sympathize with state coordinator . Miss Juliana before her death was a serving Corper at the technical department of the Osun State house of Assembly.

The speaker doing the visit said the youths are the leaders of tomorrow and he appealed to them to desist from harmful object such as snipers , he further advices the Nysc and other relevant agencies such as National Orientation Agency (NOA ) to carry out Sensitization and orientation programs. He promised that the State House of Assembly is willing to partner with the NYSC if need arises.

In response to the kind gesture , the state coordinator of Nysc, Mr Adegoke Ayodele Adewale thanked the speaker for the support given since the news broke out and also appreciate the hospitality showed to other 28 corps members who are still at the House of Assembly

You are a bully”, Northern Youths chide Senator Tinubu over verbal assault on Senator Abbo