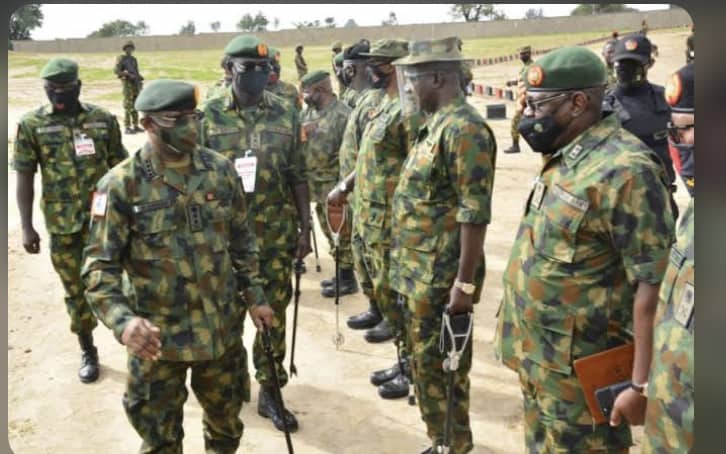 Troops of Operation Sahel Sanity have killed scores of bandits, rescued several kidnapped victims and arrested many suspected arm bandits and their collaborators in a recent operations.

The suspect he said, invaded the village in company of one Ila Musa to kidnap a woman but met strong resistance from the local vigilante group in the area.

During Investigation, the suspect confessed being an associate of a bandit leader named Mallam Yau who has been dwelling and operating from Tsafe forest as his base.

The statement disclosed that the following day, troops deployed at Faskari responded to a distress call from Daudawa village alerting about bandits attack.

“In a swift response, the troops pursued the group of bandits and in the process, two kidnapped victims were rescued while one of the bandit was arrested and others escaped” Bernard said.

In a related development, the troops on the same day, encountered some suspected bandits and rescued six persons around Tungar Kaduku Forest.

Preliminary investigation revealed that they are natives of Damari village in Bakura LGA of Zamfara state who were earlier kidnapped by suspected bandits from their village.

The victims also revealed that their escape was possible due to intense pressure from operational activities of the troops in the area.

Similarly, on same day troops deployed at FOB Bena arrested a suspected bandits’ informant, one Bello Abdulrahman around Mashaya – Anguwan Abuja area of Bena town, saying Preliminary investigation revealed that the suspect was responsible for giving out information to bandits on troops movement and identifying persons as kidnap targets in Bena general area.

Further investigation revealed that the suspect has strong connections with Rosha, Sadi Kaboru.

Continuing “On 27 August 2020, troops of FOB Danjibga arrested a suspected bandit named Zayyanu Kaura at Danjibga market. During investigation, the suspect confessed to be working for one Yakubu, a bandit leader who lives in Dutsen Kura forest. He is now in custody for further action while efforts are ongoing to apprehend his group leader.

“Similarly on same day troops of FOB Bagega while on patrol around Tungar Makeri Village of Anka LGA of Zamfara state, rescued two kidnapped victims who escaped from Gobirawa forest due to the activities of troops in the general area. The victims were immediately reunited with their families in Dahuwa and Sabon Birni villages”.