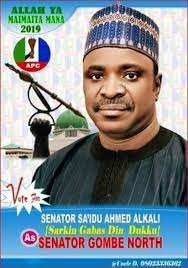 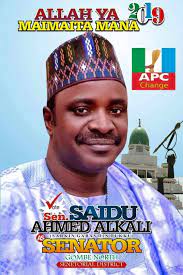 A bill seeking to establish National Veterinary Institute in Gombe has passed Second Reading in the Senate.

Sponsored by the Gombe Senator, Saidu Ahmed Alkali the bill seeks to fill an institutional gap by facilitating the establishment of this research institute in Gombe. The bill was read the first time on 5th of October, 2021 and currently slated forsecond reading. The establishment of this research institute is deserving and timely to support the over-streched only national Veterinary Research Institute in Nigeria. The choice of Gombe state is largely informed by its famous nature as animal production stae in the country.

In his Lead Debate, Senator Sa’idu Ahmed Alkali explained that livestock constitutes a very important component of the agricultural economy of developing countries, a contribution that goes beyond direct food production to include multipurpose uses, such as skins, fiber, fertilizer and fuel, as well as capital accumulation. Furthermore, livestock are closely linked to the social and cultural lives of several million resource-poor farmers for whom animal ownership ensures varying degrees of sustainable farming and economic stability.
The bill is proposed is originated from the need to establish an institutional framework to support the only Veterinary research in VOM, Plateau State.
The current mandate of the National Veterinary Research Institute (NVRI) established in 1924 has expanded to encompass a broad range of activities to support animal production and health in Nigeria and beyond. Against this background, the bill is proposed to establish another Veterinary Research Institute to address the gaps apparently affecting the success of veterinary practice in Nigeria.t
The significance of the bill includes but not limited training qualified professionals to train and produce internationally recognized middle-level manpower equipped with knowledge, skills and attitude in animal health, production and extension services. Improving steadily the service to the livestock sector of the agricultural economy through effective training of suitable candidates. And facilitating analyses and assessment of livestock development strategies to contribute more effectively to food security, improve the living standards of poor farmers and ensure sustainable development of animal husbandry.
Senator Sa’idu Ahmed Alkali in an interaction with Nassnews after the bill was read the second time said he came into politics because it is his destiny to be a politician. And he has been representing his people with the best of his ability. He said, he owns allegiance to the country and his constituency and whenever he is being call upon to represent his people anywhere, he is ready and willing to do so. In a nut shell “my people have confidence in me, this is the third time they have elected me, so I give glory to God for everything.
He also said his agenda has been in the parliament to deliver the dividends of democracy to his people which he is ready and willing to do so by grace of almighty allah.

URGENT NEED TO COMBAT UNEMPLOYMENT AND SOCIAL VICES THROUGH ESTABLISHMENT OF INDUSTRIES ACROSS THE FEDERATION MOTION OF THE WEEK: SPONSORED BY HON. EMEKA CHINEDU

What I am doing will strengthen the immigration act and civil defence act,senate have given a nod to it – Senator George Thompson Sekibo