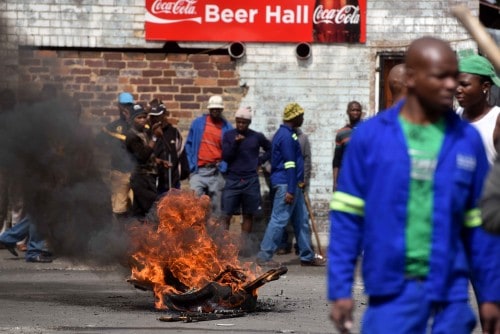 A Bi-national Commission will be coming on stream in October to address the recurring incidence of xenophobic attacks in South Africa.

The decision by both countries to establish such a commission came to light Thursday at a meeting between the Senate Committee on Foreign Affairs with the Permanent Secretary of the Ministry, Mustapha Sulaman.

The commission is part of attempts by South Africa and Nigeria to preserve the bilateral and diplomatic ties between both countries, and it will serve as a platform for discussions on how best to address critical issues such as xenophobic attacks and other matters that spark diplomatic rifts.

Memorandum of Understanding covering a number of key areas of interest between both countries will be signed as part of measures to boost Nigeria-South Africa relations.

Responding to questions from newsmen, the Chairman of the Senate Committee on Foreign Affairs, Adamu Bulkachuwa said taking advantage of the likely positives from xenophobia like Ghanaians did during the “Ghana-Must-Go” era is largely dependent on Nigeria.