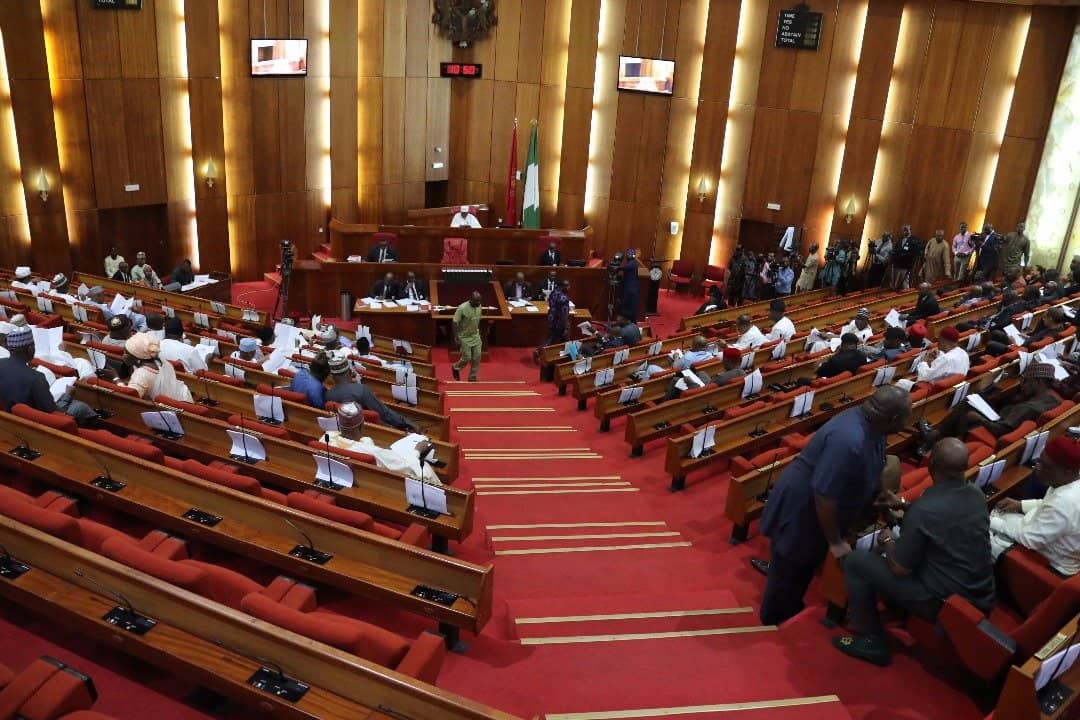 The House of Representatives has
urged the Central Bank of Nigeria ( CBN) to suspend the implementation of the cashless policy on deposits
until appropriate and extensive consultative process is concluded.

The charge on deposits according to CBN, would apply in Lagos, Ogun, Kano, Abia, Anambra and Rivers States as well as the Federal Capital Territory.

The total
nationwide implementation of the cashless policy would take effect from March 31 2020;

The lower camber has however made a move to halt the process at plenary on Thursday, following a motion on urgent national importance by Rep. Benjamin Kalu.

The lawmakers noted that the implementation of cashless policy on Withdrawals has negative impacts on micro, mini, small, and medium enterprises which are clearly the engine room for growth of the economy and employment generation.

They added that the policy will throw many small financial organisations out of business and send more Nigerians into poverty.

It was also the opinion of the House that the policy will force more traders and micro investors to carry cash about With the attendant risk.

The House further expressed concern that the policy is
aimed at enriching Nigerian Money Deposit Banks owned by a privileged few.

The House therefore mandated its Committee on Banking and Currency to interface with the CBN, to ascertain the relevance and the actual need for the implementation of that aspect of the cashless policy at this time considering the prevailing economic situation of the country .

The committee’s report is expected by the House within 4 weeks.

Reps urge federal government to extend bail through out….