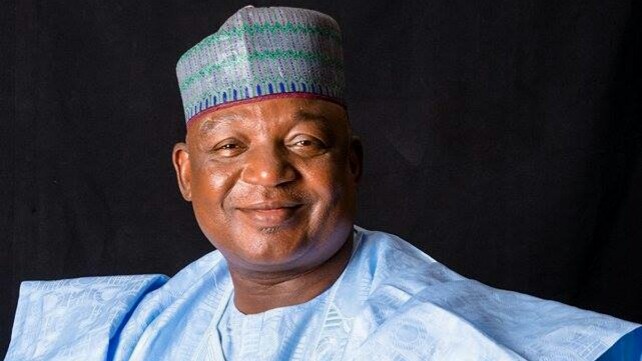 The three-member tribunal in a ruling, read by Justice N.U. Daniel, dismissed the petition of Mr. Barnabas Bala Bantex for lack of credibility.

He had petitioned the Tribunal, asking it to nullify the election of Sen. Danjuma La’ah of the PDP for Kaduna South Senatorial District.

The Independent National Electoral Commission (INEC) had declared La’ah winner of the election with 268,923 votes while the former deputy governor got 133,287 votes.

Dissatisfied with the outcome of the poll, Bantex approached the Tribunal alleging that the winner was not validly elected by majority votes cast in the poll.

He also alleged non-compliance to provisions of the electoral law 2010 as amended.

The Petitioner had accused INEC of abandoning the use of Card reader which he alleged led to over voting in some polling units in seven out of the eight local government areas that made up the senatorial zone.

The former deputy governor also alleged that the poll was characterized by ballot stuffing, disenfranchisement of voters and violence in some areas.

The petitioners called 19 witnesses during the trial.

The Tribunal in its ruling, however said Bantex and his party failed to provide substantial evidence of all allegations contained in the petition.

The Tribunal contended that the 19 witnesses who testified before it, failed to present convincing evidence to warrant the nullification of the election.

It said that most information the witnesses gave under cross-examination were different from what they presented to the tribunal in their written depositions.

According to the Tribunal the witnesses failed to provide evidence of allegations of over voting, massive rigging, ballot snatching and violence as alleged in the petition.

“Most of the witnesses told the tribunal that the elections were conducted in those affected areas within time stipulated by the electoral act 2010.

“Results of the elections were collated and announced by INEC electoral officers and all party agents signed on results sheets as stipulated by law,“ It said.

The tribunal said the petitioners did not tender material evidence of either voters’ register or voters’ cards to prove the allegation of INEC’s non compliance with the Electoral Act 2010.

Justice Daniel, therefore dismissed  the petition for lacking in credibility as it failed to support the allegations with material evidence.

Justice Daniel read the ruling in the presence the tribunal Chairman, Justice Adamu H. Suleiman and Justice Maimuna A. Abubakar.(NAN)

Era of crying and suffering is over in Niger Delta — Akpabio