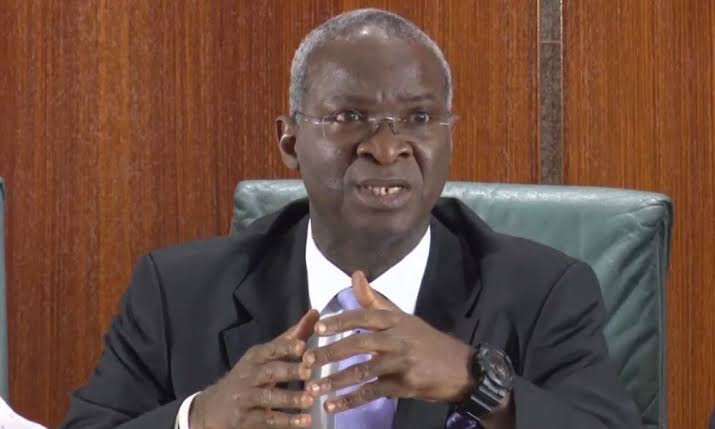 Babatunde Raji Fashola
The Senate has declared that the defence of the 2020 Budget before its Committees will be closed by close of business on Tuesday (today).
The declaration was made by the President of the Senate, Senator Ahmad Lawan, during plenary on Tuesday.
Lawan equally announced the closure of plenary for another one week.
The Senate President made this known while welcoming Senators back to plenary session on Tuesday.
He said: “The 2020 budget defence ends today and the submission of the Committees report to Appropriation Committee will start on Wednesday (tomorrow) till next week.”
With the development, the appropriation for the Ministry of Works and Housing, with Babatunde Fashola as Minister, may not be included in the 2020 Budget.
This followed Monday’s refusal of the Senate Committee on Sustainable Development Goals to allow the Minister of State for Works and Housing, Abubakar Aliyu, to stand in for Fashola..
The Committee, led by Senator Aisha Dahiru, said Abubakar was not competent to defend the Ministry’s budget because he is new in the Ministry.
Although the Minister insisted that he had been adequately briefed by officials of the Ministry on all aspects of the 2019 Budget implementation, the committee walked him out.
The Minister had informed the lawmakers that Fashola was out of the country.
But the Committee insisted that Fashola must appear before it because he has been in the Ministry since 2015.
According to the chairman: “The Minister is new in the Ministry.
“He cannot adequately defend the budget of the Ministry.”