RESIEC: IT’S DIFFICULT FOR APC TO WIN ANY ELECTION IN RIVERS- HON. CHINDA 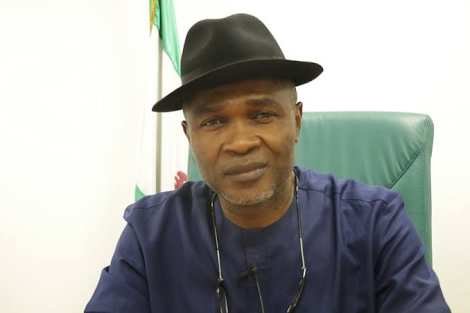 Rivers State Independent Electoral Commission conducted the local government in Rivers States on Saturday 16, 2018.Hon Chinda Kinsley Ogundu; representing Obio/Akpor speaking to our correspondent during the exercise said he always believed that every process is an improvement. The local government area election was peaceful, orderly and all parties will accept the outcome of the election. Obio/Akpor witnessed a large turn out compared to other places in Rivers. Those who got registered late are yet to collect their Permanent Voters Card while some got theirs.Chinda talked about other parties pulling out of the local government election. He weighed the feelings of the people, you don’t go into the battle you will definitely loose. In Rivers State, ‘It’s difficult for APC to win any election in Rivers, No Federal might, security presence or INEC twists. Over 50 parties participated in this local government election. When i was in Labour Party, it was traffic everywhere i came back home to PDP. I was once a commissioner of for environment but i cant drive my jeep into my compound due to bad roads but now governor Wike has done well all over the places. Election materials came late in some places, everything is in process even in the years to come, everything might not be perfect. We have never had any election where materials arrived in time both in state and local elections, so it is no complain.3years of APC government, so much corruption in the system. i am the public account house committee chairman in national assembly and we are working in that direction. Security; Nigeria has never had it so bad. If not kidnapping, herdsman, bokoharam and more, so on security i will give APC government ‘f’. 2015 when they took over cost of item has doubled and nothing has been done. Election in 2019, we need strong oppositions to be credible. i do tell my people to go to the political parties their minds leads them. 8th assembly has done well in 3 years. i expect more from the government of the center, they should match words with action. Decentralization of the security will work wonders. State police can help. Several states are going into it, rivers neighbourhood watch, lagos state police. Zamfara state governor has said a volume about the security break down in the state and not wanting to be held responsible.As for rivers, winners of election should be responsible, be sincere, politicians should not be liars. Fear of God and love of God, i expect outright performances.nassnewsng.comAdeboye Omoboye

National Assembly has no powers to investigate criminal allegations