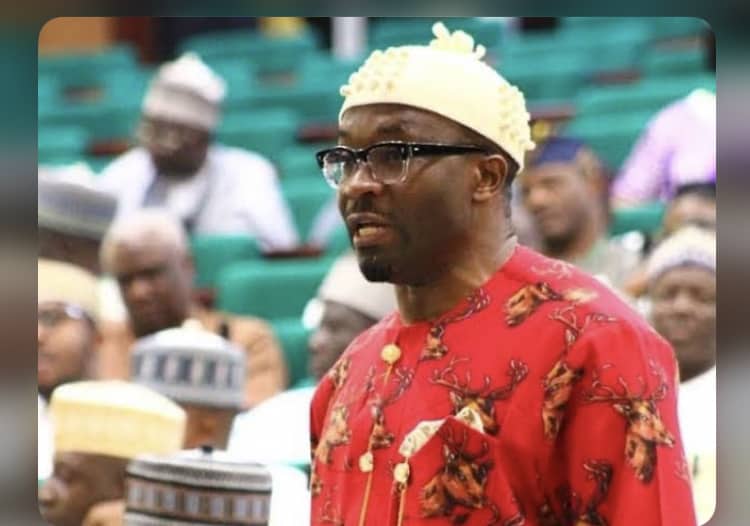 Spokesman for the Nigerian House of Representatives, Rep. Benjamin Kalu, has described as biggest intervention, the approval for the construction of
Umuahia-Bende-Ohafia road (LOT 2) in Abia state by the Federal Executive Council (FEC).

At its sitting on Wednesday, the FEC had given approval for the construction of the road which had been abandoned for 44 years.

The approval, it was gathered, came after months of intense lobbying and frequent advocacy visits to the Honourable Minister of Works and Housing, Mr. Babatunde Raji Fashola, by Rep. Kalu, who is currently representing Bende Federal Constituency at the Green Chamber.

As announced during the FEC meeting of Wednesday, the approval is for the rehabilitation to commence from the Umuahia axis of the road which is valued at N12.08bn and to span a distance of 45km.

In the statement made available to newsmen early hours of Thursday, Rep. Kalu expressed appreciation to President Muhammad Buhari and Mr. Fashola, for such wonderful intervention, which he said would boost the economic fortunes of the people in the area.

According to the statement, a very elated Rep. Kalu specifically thanked Minister Fashola for his listening ear, consideration and support over the last one year regarding the approval and repair of the Bende-Ohafia road.

“I thank President Muhammadu Buhari and the entire Federal Executive Council for acknowledging our request for federal intervention in the Umuahia-Bende-Ohafia road and approving the rehabilitation and construction of the road which had been abandoned since its construction in 1976. The people of Bende have suffered greatly as a result of the severe dilapidation of the road; therefore, FEC’s approval of the project is concrete proof that this particular administration is genuine about stopping infrastructure decay in the country.

“I especially thank the Honourable Minister of Works and Housing, Babatunde Fashola, for his cooperation and for taking this project as his own over the last one year. I appreciate his passionate presentation of the case of my people at the FEC meeting yesterday and must also acknowledge the Honourable Minister of State, Mines and Steel, Dr. Uche Ogah for lending his voice in support of this project at the FEC meeting and for being the first to break the news joyfully, congratulating me for a good representation of Abia people at the National Assembly.

“I particularly appreciate the Ministry of Works Permanent Secretary, the former acting Permanent Secretary, Engr. Yemi, the Director of Works, South-East Highways, Engr. Funso Adebiyi, as well as the staff at the Abia State office of the Ministry, especially Engr. Nwankwo (rtd.) who worked diligently with my team headed by Cyril Kwubiri during the measurement and design of the road”, Rep. Kalu said.

The lawmaker also congratulated his colleagues at both chambers of the National Assembly who represent the axes where the road cuts across in Abia State, while appealing to the leadership of National Assembly to make the road scale through in the 2021 appropriation exercise.

He said, “as this project moves to appropriation, I want to seize this opportunity to appeal to the leadership of both chambers of the legislature and indeed everyone involved in the appropriation process to render their gracious support to put an end to the suffering of my people. I am hopeful that the contractor will be duly funded to immediately commence work from the Umuahia axis, having secured this approval”.

Rep. Kalu expressed hopes that economic activities in his constituency would enjoy a boost upon completion of the project.

The statement also quoted the Honourable Minister of Works as assuring the lawmaker and people from the area of “increased effort to fund the project”, adding that they should be expectant for the Bende-Itumbauzo-Akwa Ibom road soon.