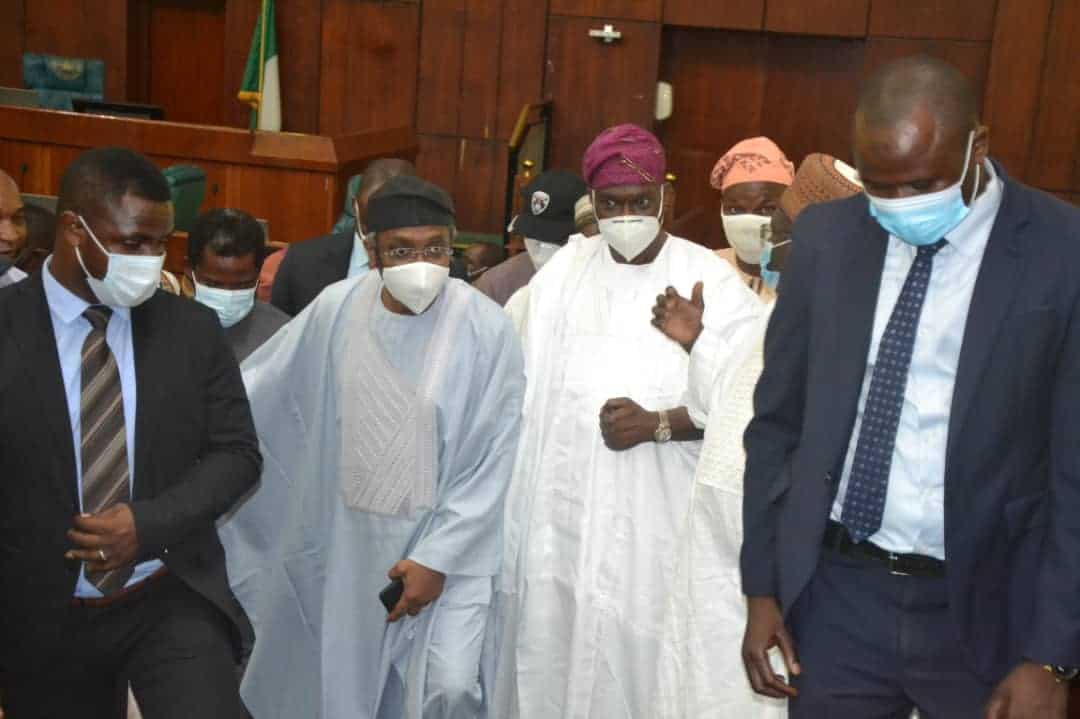 The Chairman, House Committee on Public Affairs, Hon. Benjamin Kalu, has charge the Online reporters in National Assembly, to ensure professionalism in their reportage. He said this yesterday during an interractive sesssion with members of the New Media Forum covering the National Assembly.

”The reason being that if we want to develop this country, we have to embrace innovation; we have to embrace the benefit of technology. Tradition and convention must give room for innovation. If we are going to achieve, the kind of information management, public engagement that the speaker of the House of Representatives in this 9th Assembly, Rt. Hon. Femi Gbajabiamila desires” He noted.

“If we are going to achieve the objectives of the legislative agenda of this 9th Assembly as it concerns public engagement, bringing the parliament closer to the people. As it involves using the media to educate the people, showcase transparency and accountability, in good governance, using the media to tell our story that will change the narratives that commercial journalism, commercial dissemination of information had before now bastardised the perception of the public of the image of the National Assembly.

The National Assembly has a very fragile image and that has been fueled by wrong narratives pushed through mediums that ordinarily suppose to be telling the stories the way they are.

” The Spokesperson laments while explaning the role of the media in information management, Mr Kalu, said ” I do not condemn the conventional media operations, statistics have shown that the online media is quicker in pushing out information on any event.But the fear has been that the traditional media over the years have passed through a lot of experiences, it has built a block of knowledge that has helped sustain the principles of good journalism. While the New Media is the new child in the block that came with innovation, but appears to be a risky platform for information managers who are still scared that this platforms are not dependable platforms.”

He challenged the Social media to separate the chaffs from the grains because of the negative perceptions associate with it’s activities.

” It is left for you to prove the authenticity of what you push to the public. The fear is that the source and credibility of the information that you push out are not strong and reliable.You have a lot of job to do.Work on yourselves.

If you want to write in any language, you must be proficient in the language so that the speakers of that language will understand you when you communicate. That you are online does not restrict you to only English language. You could be online in Igbo, Yoruba, Hausa, Urhobo, Ijaw, Ibibio or any of our indigenous languages.

In fact, we are looking for how to engage the public in their own language or pidgin English. But anyone you want to use, it must be the one you are proficient in for better communication.”

Kalu, said that ” The National Assembly is a big institution, to report about it requires that you must be very good in what you do.The idea is very good, the innovation of the New Media is very welcome, but the packaging, the delivery what we are worried about.The House of Representatives is willing to partner with the online media, especially under my watch as the spokesman of the House of Representatives. ”

He disclosed the readiness of the Leadership to work with the media, particularly the Social media “, the Speaker is very interested in working with you. If the Speaker did not show interest in working with you I will not be here. The Speaker has shown interest that we need to do a diversification of media platform so that we can achieve our aim of dissolving the opaque view of the National Assembly, this cloud, the veil that have enveloped the activity of the National Assembly.

The more confident the citizens are in this institution which remains the fulcrum of democracy, the more they believe in the principles of the rule of democracy because this is the backbone of democracy.”

He further stated that ” Why the public is attacking the National Assembly is because they don’t seem to understand what we are doing here.And that is why the leadership of the House, we came out with the Green Chamber magazine which is out there educating the public on the activities of the House of Representatives from the horses’ mouth.

The magazine is out there telling our stories, not for the purpose of self-praise, but to change the narratives with the truth and not commercialized facts, or views. And it is working, whether that is enough, the answer is no.And that is why we seek strategic partnership with people like you, the online media who control the bulk of social media participants. I know most of you are social media influencers, so strategic partnership with you means that the stake that you are holding, the New Media industry automatically becomes our mouthpiece, so we can speak through you.” He observed .