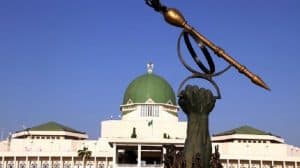 The national leadership of the Peoples Democratic Party will meet in Abuja this week to determine who to support among those aspiring to lead the two chambers of the Ninth National Assembly.

Those expected to be at the meeting are members of the party’s National Working Committee led by its National Chairman, Prince Uche Secondus; lawmakers-elect for the Ninth National Assembly; outgoing principal officers of the Eighth National Assembly who are members of the party and some selected members of the party’s National Executive Council. It is not clear yet if the party’s presidential candidate in the 2019 election, Atiku Abubakar, and his running mate, Peter Obi, will also be part of the meeting. At the meeting, both the outgoing President of the Senate, Bukola Saraki; and outgoing Speaker of the House of Representatives, Yakubu Dogara, are expected to speak on those aspiring to succeed them. “The party’s national leadership will carry everyone along in the decision-making concerning the issue,” a party source said. Two members of the APC in the Senate, Ahmad Lawan and Ali Ndume, have openly declared their intention to succeed Saraki as the President of the Senate. A former Governor of Gombe State, Senator Danjuma Goje, who is said to also be interested in the race, has yet to publicly declare his interest. Also, six APC members, including Femi Gbajabiamila (Lagos), Nkeiruka Onyejeocha (Abia), John Dyegh (Benue) Mohammed Bago (Niger), Olatunbosun Olajide (Oyo) and Segun Odebunmi (Oyo) are currently aspiring to succeed Dogara as the Speaker of the House of Representatives. It was not clear as of press time if the PDP would extract commitment for any special position in the National Assembly from any of the aspirants who are members of the APC. But a party source said, “We will be guided by the analysis or the briefs we will receive on the aspirants. Their pedigree will also be useful in the decision we will take on them. “Why we are not going to impose any decision on the lawmakers is because they are the ones that will work with their leaders, what we will do is just to be guided and make sure that we go into the election with one voice. “We want to approach the issue as a political party and also to be sure that the interests of Nigerians are well protected.” Spokesperson for the PDP, Mr Kola Ologbondiyan, confirmed the planned meeting by the party’s national leadership in an interview with one of our correspondents. He said the party’s leadership would meet separately with their members in the Senate and House of Representatives. He also said the party had not taken any decision on whether there would be sanction against any of its members who had already declared support for a particular candidate. Ologbondiyan said, “The party will certainly meet this week and take a decision on whether our elected members of the Ninth National Assembly would be directed to cast their votes for a particular aspirant or be given freedom to vote for any aspirant of their choice. “We will meet with the PDP caucuses in the Senate and House of Representatives separately because they know the particular aspirant they could work with. “We have not got to the level of determining sanctions against our members who have already started identifying with a particular candidate.” The leader of the South-East PDP caucus in the National Assembly, Senator Enyinnaya Abaribe, also told one of our correspondents on Sunday that federal lawmakers elected on the platform of the party had yet to take a decision on the presiding officers’ elections. He also said the PDP senators-elect, numbering 44, would not split their votes but would cast them for a single candidate that would be determined by the national leadership of the party. The Senator representing Delta North on the platform of the PDP, Peter Nwaoboshi, had on Friday said the leadership of his party would not direct its elected senators to vote for any particular candidate. Nwaoboshi, whose victory was revalidated by an Appeal Court judgement last Thursday, also declared his support for Lawan. He said the best the PDP leadership would do would be to give the elected members of the incoming Ninth Senate the direction to follow but not to necessarily impose a candidate on them. Based on Nwaoboshi’s declaration, Lawan on Saturday expressed confidence that the PDP senators would endorse him. But Abaribe said both Nwaoboshi and Lawan had only expressed their opinions, insisting that the PDP senators-elect would heed the directive of the party on the way to go. He said, “Lawan said he was expecting other PDP senators to endorse him after Nwaoboshi. He has the right to be talking with some people. What I know is that we have not taken any decision at the caucus level on what to do. “Whoever is doing or saying anything is expressing their personal opinion. It should not be taken to be the position of the party and we cannot stop anybody from exercising their freedom.” The Eighth National Assembly closed on Thursday, while the Ninth Assembly is expected to he inaugurated on Thursday, next week.

Ninth Assembly to be inaugurated 11th of June – Presidency