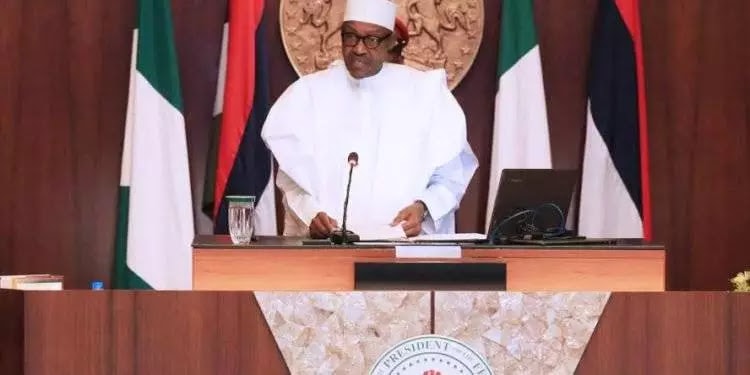 The office of Vice President Yemi Osinbajo has reacted to a report insinuating that President Muhammadu Buhari has rolled out a directive that Osinbajo should seek Buhari’s approvals for agencies under him because they have not been following due process in the past.

In a statement by Laolu Akande, the Vice President dismissed the report as false and an attempt to sow the seeds of discord between him and Buhari.

Our attention has been drawn to a sensational report by The Cable published on September 17, 2019, which claims that His Excellency, President Muhammadu Buhari, has directed Vice President Yemi Osinbajo, SAN, to seek approvals for agencies under him.

The report suggests, falsely, that agencies under the supervision of the Vice President do not normally comply with established rules where presidential approvals are required.

This is obviously misleading and aims only to plant seeds of discord in the Presidency, while attempting to create unnecessary national hysteria.

The agencies in question are established by law and the Vice President has always insisted on due compliance with the enabling statutes and other established regulations.

Depending on the particular scope of activity in question, agencies may require management approval only, at the level of the Director-General or Chief Executive Officer. In this category falls the great majority of their day-to-day activities.

To claim that in the first term of the Buhari administration, agencies of government have not been complying with the provisions (of getting final approvals from the President) is false, and the attempt to suggest the Vice President’s complicity in such irregularities is simply mischievous and reprehensible.

The effective and mutually respecting relationship between the President and the Vice President is well known to Nigerians and it is futile to insinuate otherwise.

Even though the Vice President has a statutory role as Board Chairman of some government agencies under his office, with appropriate approval limits, which often do not include contract approvals; it is ludicrous to even insinuate that a Board Chairman approves contracts.

Evidently, the Federal Executive Council, which oversees Federal Ministries and agencies of government, is chaired by the President, and it is in its purview to approve or ratify award of contracts within the prescribed threshold.

The Vice President remains committed to the service of his fatherland and will continue to do so despite the purveyors of fake news. We urge media organizations, as gatekeepers, to uphold truth, balance, fairness and objectivity in their reports.

Oyetola assures that his administration will prioritize health care development