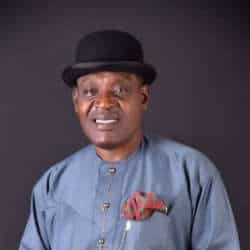 The first oil well in Nigeria which was discovered in commercial quantity in Oloibiri in present day Bayelsa State by Shell Petroleum Development Company needs immediate commencement of construction of the research centre and museum.

Degi-Eremienyo explained that the export of crude oil from the Oloibiri field started in 1958 and shortly after, crude oil became the main stay of the economy which changed the Nigeria’s oil history by launching the country into the elite club of oil producers and astronomically increased her foreign exchange earnings.

He showed concern that the Oloibiri oil field which is the first in west Africa is now dried after several decades of production, adding that the field is covered with rust, weeds and marked with weather beaten sign board with inscription Oloibiri Well 1.

He stated that “about 63 years after discovery, exploitation and production of crude oil, the Oloibiri oil field and surrounding host communities had suffered neglect and environmental degradation. Land, water and air was constantly polluted due to the activities of oil companies, the inhabitants of this area had suffered and some died from epidemics and terminal diseases due to oil spills and flaring of natural gas in addition to damage of their source of livelihood.

“I recall that in recognition of the importance of the first oil field and the need to develop the great foreign exchange earning tourism potentials of the area as well as improve the standard of living of inhabitants of the communities,the idea to build a national world class museum of oil and gas was conceptualized, designed and foundation stone equally laid by President Shehu Shagari in 1983. The progress of the project was however halted no sooner than it commenced”.

He worried that though the Federal Government removed the project from National Commission for Museum and Monuments and domiciled it with the Petroleum Technology Development Fund PTDF in 2011 the project still remains moribund.

He further worried that the contract for the construction of the oil and gas research centre and museum as re-awarded by PTDF valued at about thirty five billion naira is yet to commence, leaving the inhabitants of the host communities with the negative memories of oil exploration and production.

He therefore urged the Federal Government to give priority attention to the development of heritage institutions such as the Oloibiri Oil and Gas Research Centre and Museum as a constant reminder and enrichment of the history of our socio-economic development.