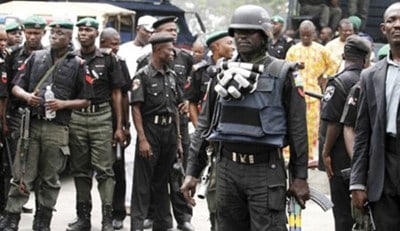 A member of the state House of Assembly and the Chairman of Afikpo South Local Government Area have been invited by the Police in Ebonyi for questioning over a cult clash in the area.

According to a statement by DSP Loveth Odah, the Police Public Relations Officer (PPRO) in the state on Wednesday, the invited lawmaker and council chairman are Mr Chidi Ejem (PDP-Afikpo South East) and Chief Eni Chima.

Odah said that preliminary investigations revealed that the clash which led to the death of one person was between two cult groups allegedly loyal to both men.

“The deceased was said to be the leader of the group loyal to the LGA chairman.

“Six suspects were arrested in connection with the case as the Commissioner of Police (CP) Awosola Awotinde has ordered a full-scale investigation into the matter,’’ she said.

The PPRO said on May 1, the Divisional Police Officer (DPO) Afikpo South Division, received information that cultists were clashing and attacking people at Owutu, Amosso Edda in Afikpo South LGA.

“Based on the information, the DPO mobilised a team to the area and the hoodlums on sighting the patrol vehicle took to their heels.

She said the clash lingered till May 3 during which a group stormed the Owutu Edda playground and attacked one Chima Okpai, 26, alleged leader of the rival group.

“He (Okpai) sustained machete injuries all over his body and was left in his pool of blood.

“He consequently became unconscious and was rushed to Owutu General Hospital for medical treatment but was later confirmed dead by the medical doctor on duty.

“The corpse was deposited at the same hospital’s mortuary for preservation,” she said.

The News Agency of Nigeria (NAN) reports that efforts made to get the reactions of both invited men proved abortive as they neither picked their calls nor responded to text messages sent to them on their cell phones.