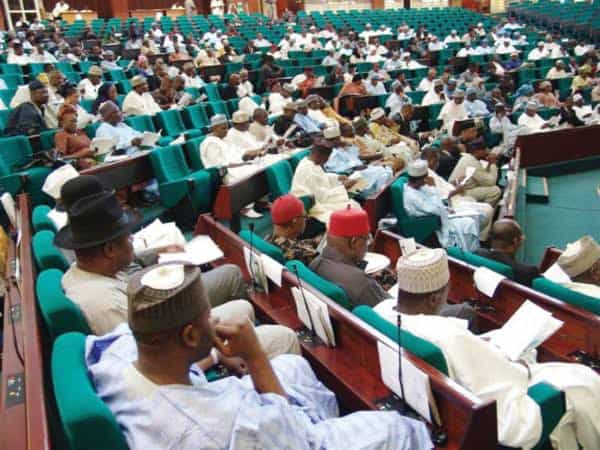 It has come to the attention of the House of Representatives that the Nigeria Governors’ Forum (NGF) has, through a communiqué at the end of its virtual meeting held on Wednesday, May 13, 2020, asked the House to step down the Control of Infectious Diseases Bill, 2020, which public hearing is already scheduled.

In the communiqué, the NGF noted that “Following an update from the Governor of Sokoto State and Vice Chairman of the NGF, Aminu Waziri Tambuwal, on the proposed Control of Infectious Diseases Bill, 2020 introduced by the House of Representatives, Governors raised concern with the lack of consultation with State governments who are at the forefront of the epidemic.”

The NGF said it “resolved that the Bill should be stepped down until an appropriate consultative process is held, including a public hearing to gather public opinion and concerns.”

Against the impression given in the NGF’s communiqué, the House has since last week resolved to subject the Control of Infectious Diseases Bill to a public hearing where Nigerians from all walks of life will have the opportunity to make their inputs towards the draft legislation. The NGF’s position is coming rather belatedly.

However, the House wishes to state clearly that whilst it legislates for the Federal Republic of Nigeria, including being the Parliament for the Federal Capital Territory (FCT), Abuja only; the Nigeria Governors Forum is recognized by members of the House as leading lights in the task of Nation Building.

It is rather surprising that the NGF, in arriving at its decision, relied on “an update from the Governor of Sokoto State,” who, apart from being a lawyer, is a former Speaker and an ex-ranking member of the House, who should know better and guide the Forum accordingly. We assume that his position was informed by his well-known personal and partisan opposition to the emergence of the current leadership of the house considering his obvious stance in 2015 and 2019 .

Unlike in a constitution amendment matter, where state houses of assembly have a defined constitutional role to play in effecting any review to it, Bills such as the Control of Infectious Diseases are not by our constitution subject of concurrence of state houses of assembly or state governors. We do believe that our respected Governors are aware of this lawful processes of legislation and should not be misguided by a biased position of a former speaker .

Let it be known that the House of Representatives, and indeed the National Assembly, are independent of the control of any state governor or former Speaker, except if we want to change that now. Even at that, it has to be by a constitutional amendment sponsored the citizens an not by the personal view of one Governor and former speaker .

Notwithstanding, the House expresses its readiness to work with the Committee raised by the NGF to meet members of the Green Chamber on the Bill. The Governors are our critical stakeholders in nation building, and we understand the importance of working with our Governors at critical moments such as this pandemic period. The House also wishes to state that the NGF is free to make its position on the Bill known through a memorandum during the planned public hearing or send its representative or representatives to appear in person. Till date no single Governor has called the Speaker or anyone in leadership to express his views . It is our belief that there are better channels of communication available to the NGF to address the leadership of the house instead of the pages of newspapers.

The House is also concerned that the presence of the Sokoto State Governor in the NGF’s consultative panel may not guarantee a smooth interface, since in his capacity as a former Speaker he could not guide the Forum appropriately on the matter, and he appeared to have already taken a biased position.

Thus, the House calls on the NGF to review the membership of the consultative committee so as to achieve the desired objectives with the unbiased members during their engagement with the leadership of the House.

It is instructive to note that the 1999 Nigerian Constitution (as amended) in Section 60 gives the House the powers to regulate its legislative activities, and the House would not shy away from that. Members of the 9th Assembly are united irrespective of party affiliation and will continue to do those things that will promote good governance, unity and progress of our country.