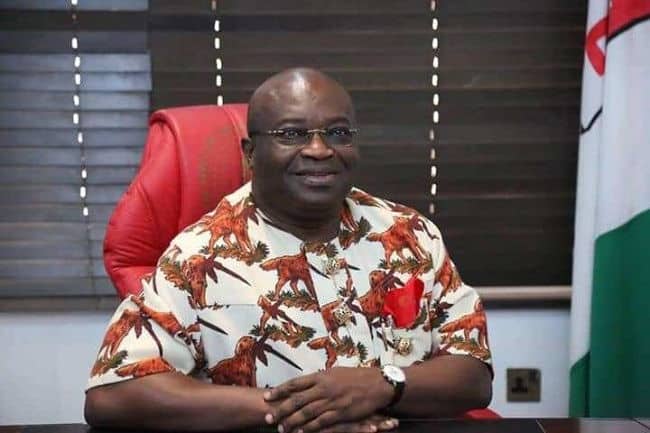 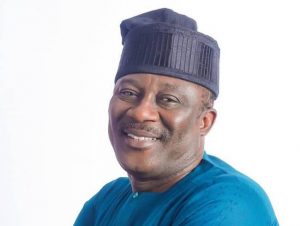 The governor was reacting to a statement by Senator Smart Adeyemi(APC, Kogi West) describing him as a drunk on the floor of the Senate.

Adeyemi had during plenary last week, described Ikpeazu as a drunkard and champagne drinking man claiming that he had done no monumental project for his people.

But Ikpeazu said at the launch of the autobiography of Senator Eyinnaya Abaribe (PDP, Abia South) titled “Made in Aba”, in Abuja this Monday that he doesn’t drink at all. “Permit me to say that I don’t drink at all and I don’t begrudge those who drink.

“In other places or countries that have lesser problems, their leaders discuss issues of security, big issues of economic development, infrastructure development, they don’t talk about what people do and what they did not do,” he said.

Ikpeazu urged political leaders to serve as mentors to the younger generation, while holding political offices.

The governor who was Special Guest at the event, said leaders must in the course of leading, mentor youths who were the future leaders of the country.

“For us leaders, it is a calling. If you are called to lead, you are also called to be a mentor to the young ones and what you say, how you carry yourself and the things you say and the times you say them, speak a lot about how serious you are as a person.

“I share in the joy of this event because I understand the importance of history of a people and a nation.
“I am happy that we are trying in Nigeria now to return history into the curriculum of our secondary school system.

“Yes, if Abaribe fails to tell his story, by the time others tell the story, he will not be able to recognise himself anymore.
“The caption points to something and that is the tenacity and never dying spirit that Aba exhumes, represents and reflects and that encapsulates the personality of distinguished Sen. Eyinnaya Abaribe, “he said.

Also speaking, the former Senate President, Mr Anyim Pius Anyim, described the author of the book as “a colossus”.

“The controversy in the life of Abaribe started as deputy governor of Abia.

“I think I have to say that a public figure without controversy is not complete. “There must be a time you will challenge the status quo.

“There must be time you must take a stand that everybody will not be comfortable with.

“There must be a time you will stand out, whether people like it or not and I think that would have dotted 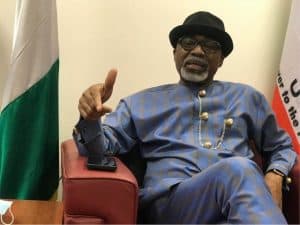 the history of Abaribe.

“It is a history that is dotted with firm convictions or issues, whether the crowd goes the same way with him or against him, he will stand his ground, he will make his point, he will push his point and he will defend his point, “he said.

Earlier, the author of the book, Abaribe said he desired a country where everyone would be committed to the “Nigerian Project”.