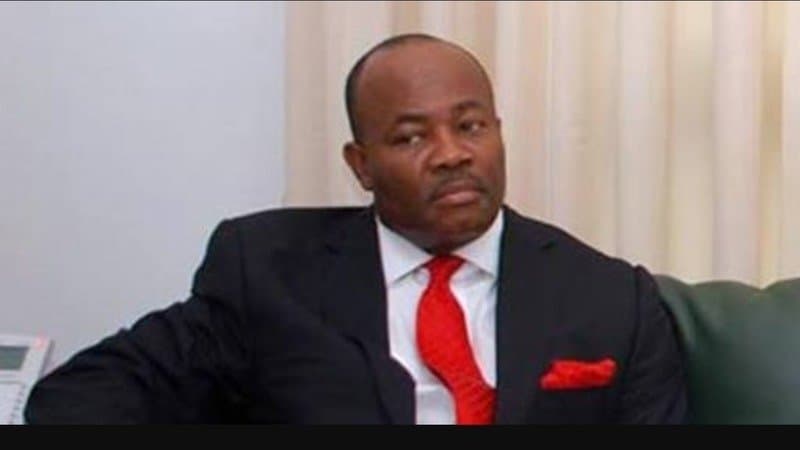 Akpabio denied the allegations by Nwaoboshi, on claims that he wrote personal letters to him as Senate Minority Leader, requesting for Niger Delta Development Commission, NDDC, intervention projects in his senatorial district.

The former Senate Minority Leader, through his Chief Press Secretary, Anietie Ekong who dismissed the allegations and explained, however that the said letters were addressed to the leadership of the Senate, contrary to Nwaoboshi’s claims.

It will be recalled that Nwaoboshi, had at a press briefing last week, presented some letters allegedly written to him by Akpabio that his projects should be included in the budget of the NDDC.

The senate is probing the N40billion palliative funds, allegedly squandered by the Interim Management Committee, IMC of NDDC, set up my Akpabio.

The IMC of the NDDC is overseeing the forensic audit of the NDDC, ordered by President Muhammadu Buhari.

It will also be recalled that Ibanga Etang, acting Executive Director, Finance and Administration of IMC, of the commission, died recently under questionable circumstances, few days to the probe of the N40billion expended by NDDC by the National Assembly, though it was claimed he died of COVID-19 virus.

Akpabio denying the allegations against him, said, “Nwaboshi’s press briefing in which he alleged that I had written to him as a member of the Committee on Niger Delta to request for NDDC contracts to the tune of N500 million is false. Nothing could be further from the truth.

“The truth is that the letters he was brandishing were addressed to the leadership of the National Assembly at the time to make recommendations for zonal intervention projects as requested by the leadership.

“On what basis would have Senator Akpabio written to Senator Nwaoboshi to be awarded NDDC contract? Is he the Managing Director of the NDDC? Senator Akpabio never requested for NDDC contracts from Nwaboshi as he is claiming. He’s lying and no one should take him serious.”

Akpabio said Nwaoboshi should respond to some of the grievous allegations made against him by the IMC of NDDC, that he wrecked the commission’s budget apart for his personal benefits.

He said, “We understand that people are getting hysterical because of the ongoing forensic audit because of what had happened in the past. Making spurious allegations against Akpabio cannot stop the probe.

“Rather than seek for straws to cling on, Nwaoboshi should address the grievous allegations of the NDDC that he mindlessly wrecked the NDDC budget for his personal benefits, a practice has perpetrated over the years and throwing the commission into near insolvency which the present management is trying to clean up.

“With the present IMC led by Prof Keme Pondei and the NDDC under the supervision of Senator Akpabio as Minister of Niger Delta Affairs, it can no longer be business as usual as the wanton rape of the Niger Delta region must stop.”