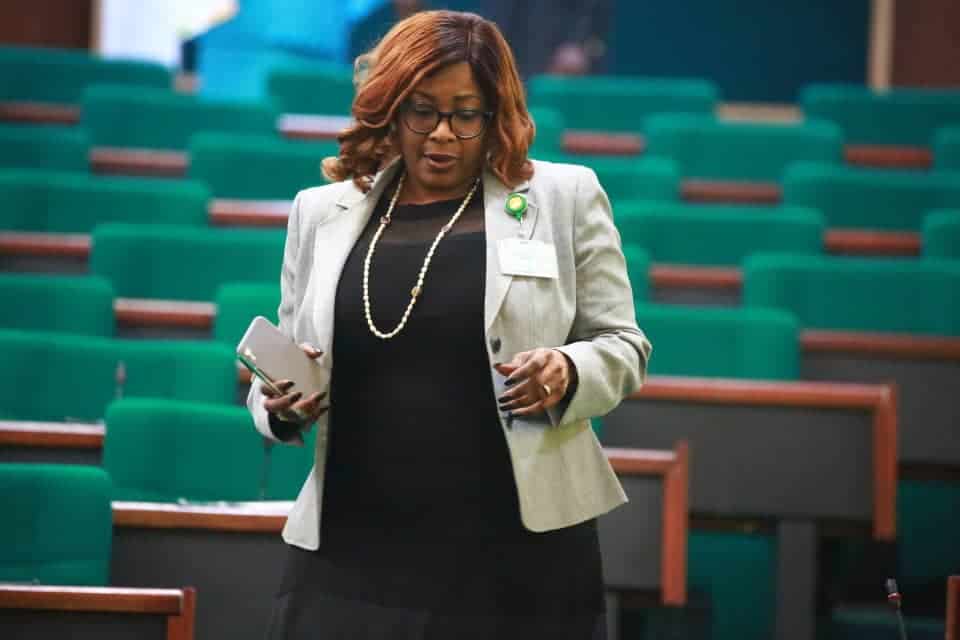 The Chairman, House of Representative Committee on Diaspora, Hon. Tolulope Akande Sadipe K has revealed that after the Committee’s collaborative efforts with other relevant agencies, Nigerian Government has secured the unconditional release of Temitope Ariwolo and other Nigerians stranded in Lebanon.

She said this during the 3rd interagencies synergy meeting on the rising dehumanisation of Nigerians in the diaspora held at the House Conference room 034 in Abuja.

“I am happy to inform Nigerians that Temitope will be home before the end of the week, and so many other Nigerians who want to come home from Lebanon the opportunity will be provided for them to come home”,.

Akande-Sadipe said.
With continuous efforts and pressure by the House of Representatives Diaspora Committee in collaboration with IOM, NAPTIP, NIDCOM, Min of Foreign Affairs and the Nigerian Ambassador in Lebanon, Goni Modu Temitope Ariwolo was released last Night.
She added that “The Lebanese Ambassador Diab Houssam has assured us of her safe return along with other Nigerian girls willing to come home from Lebanon”.

While addressing the gathering, Hon. Akande-Sadipe noted that the Committee would ensure immediate relief for Nigerian citizens who are groaning under severe injustice across the globe.

“It is important to inform this gathering that about thirty-five (35) Nigerians have been held illegally in detention for more than forty-five days in Ghana border town of Aflao, eighteen (18) others are held in Abidjan for over two years, Sulaimon Olufemi on Death Row in Saudi Arabia, currently some of our girls are currently held hostage by a Lebanese man to mention but a few”.

Speaking further on the maltreatment melted on Nigerians in neighbouring West African country, Ghana, Akande-Sadipe reminded the Committee that among all diplomatic facilities in Ghana, only the Nigerian High Commission building was brazenly demolished under the supervision of Ghanaian authorities, noting that in international arena, such action was an open declaration of war but Nigeria once again refused to stand up to the affront.

She therefore noted that the House of Representatives has taken up the challenge to holistically tinker with the nation’s foreign policy to reflect modern realities and aspirations.
“As the people’s representatives, Nigeria can no longer continue to restrain our citizens from reciprocating the same treatment on nationals of countries involved in these dastardly acts on our people”, she added.
She therefore called for collaborative efforts of Nigerians in order to reduce this occurring menace to compatriots in the Diaspora, using Temitope Ariwolo as a case study.

She said “it is pertinent, therefore, to urge every stakeholder to volunteer information and commit to this partnership in the interest of all citizens because we all at risk sooner or later, directly or indirectly. These affected persons are someone family, someone daughter or son or parents”.