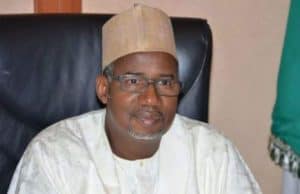 I will use credible legislation to cancel absurdity – Bala Muhammed