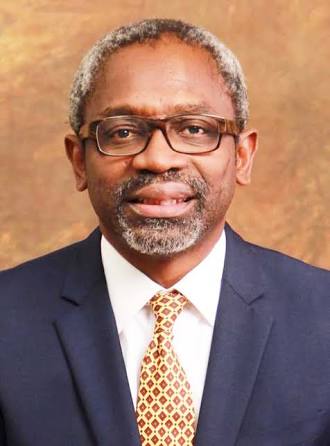 The Speaker of the House of Representatives, Rep Femi Gbajabiamila has advocated for the expansion and professionalisation of the National Assembly Legal Department for optimal legislative performance.

Gbajabiamila said the decision by the President to withhold assent to some bills passed by the National Assembly was sometimes due to mistakes in drafting the final clean copies of the document.

As such, Gbajabiamila said it has become imperative that the department is manned by professionals and expanded for optimal performance, which he said would eliminate common errors.

In a statement by his Special Adviser on Media and Publicity, Lanre Lasisi, the Speaker, during a working visit to the leadership of the National Assembly by the Attorney General of the Federation and Minister of Justice, Abubakar Malami on Thursday, also allayed fears of vetoing bills rejected by the President.

In agreement with the proposal of the Minister on how to fast-track the passage of executive bills, the Speaker said beyond that, “Much of the responsibility of passing laws lies with the National Assembly, and going by the number of bills that emanate from here, we pass quite a number of bills.

“In the process of doing that, of course, we cannot rule out the possibility of which thoroughness and quality are being affected.

“In every democracy, much of these works are done behind the scene by professionals. What I’m saying is that in the National Assembly, we need a more robust expanded, professional legal department.

“This is an example, for us to have that, an expanded, professional legal unit, like you have in other climes, requires funding. There’s no reason we should not have a Senior Advocate in our legal department. Being a very technical field, if you populate your legal department with, probably, people who are straight from the law school, who don’t have the requisite experience, the result would be obvious.

“If you notice, a lot of these bills were sent back because the errors were almost embarrassing, sometimes grammatical errors. For instance, one punctuation error can change the meaning of a whole provision of the bill. This is one area I want us to look at in terms of the necessary funds needed for the tools of our trade,” the Speaker said.

Gbajabiamila added that: “We also need to explore vetoing of bills, which happens everywhere in the world, nothing is embarrassing about it. Even in the most advanced democracies, that is why it is there in the constitution.

“There are two types of veto: a wholesale veto, where you reject the whole bill for whatever reason, whether it’s not in tandem with government policy or whether it doesn’t meet the aspiration of the Nigerian people.

“But there’s also the line-item veto, where you agree with concept, practically every aspect of the bill but a provision the President does not agree with. Rather than throw away the baby with the bathwater, you veto that particular item and the rest of the bill is accepted, while that particular line item is looked into. This will make our work easier. I think that is what I think we should look at critically.”

The Speaker said the initiative by the AGF to collaborate with the Legislature on Executive bills was a testimony to the harmonious working relationship the 9th Assembly has been clamouring and working towards, which he said would help in deepening the nation’s democracy for the betterment of Nigerians.

On his part, the Senate President, Ahmad Lawan expressed optimism that the initiative of the AGF would result in a seamless, rancour-free and speedy passage of bills.

He said the cooperation between the two became necessary because, “When bills are processed with so much commitment, everything should be done to justify the enormous resources expended on them.”

While he commended the AGF over the initiative to send draft bills to the National Assembly for their input before they are eventually transmitted officially, the Senate President advised that all heads of relevant government agencies that are to be affected by certain bills be involved in the process of preparing the bills before being transmitted to the Legislature.

Earlier, Malami expressed concerns that Nigerian laws need to comply with national interest and global realities, adding that President Muhammadu Buhari is keen on addressing key policy issues that will have significant impacts on the lives of the average Nigerians, namely the economy, anti-corruption and security.

Saying that the visit was anchored on the need to explore harmonious working relationships with the National Assembly, Malami noted that his ministry is proposing to eliminate bottlenecks hindering the smooth passage of Executive bills by sending draft bills to the National Assembly for the lawmakers to add their input before formal presentation to the Federal Executive Council (FEC) and subsequent transmission to the lawmakers.