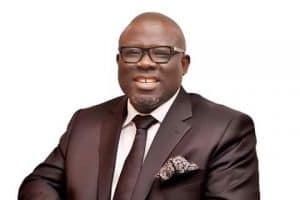 The Speaker of the Delta State House of Assembly, Rt. Hon. Sheriff Oborevwori, has congratulated Deltans on the 28th anniversary of the creation of the state, urging them to support the Governor Ifeanyi Okowa-led administration for the progress and development of the state.

Oborevwori, who charged Deltans to sustain the prevailing peace in the state,  said there is a lot for the people of the state to gain when the current peace and security was sustained by all Deltans irrespective of tribe or political affiliation.

In his Congratulatory message on the occasion of the 28th anniversary of the creation of the State, the Speaker at Tuesday’s plenary prayed for peace, prosperity and progress under the administration of Governor Okowa and beyond.

The statement enjoined the people of the state to continue to pray and work toward a sustained peace and unity of the state.

Oborevwori said, “Today marks the 28th anniversary of the creation of our dear State. On behalf of the Delta State House of Assembly, I wish to congratulate our amiable Governor, His Excellency, Senator Dr Ifeanyi Arthur Okowa, our esteemed royal fathers, political and religious leaders and the good people of Delta State”.

“Delta State is built on peace, love and unity, therefore I urge Deltans to maintain the peace and continue to support the administration of His Excellency, Senator Dr Ifeanyi Arthur Okowa.”