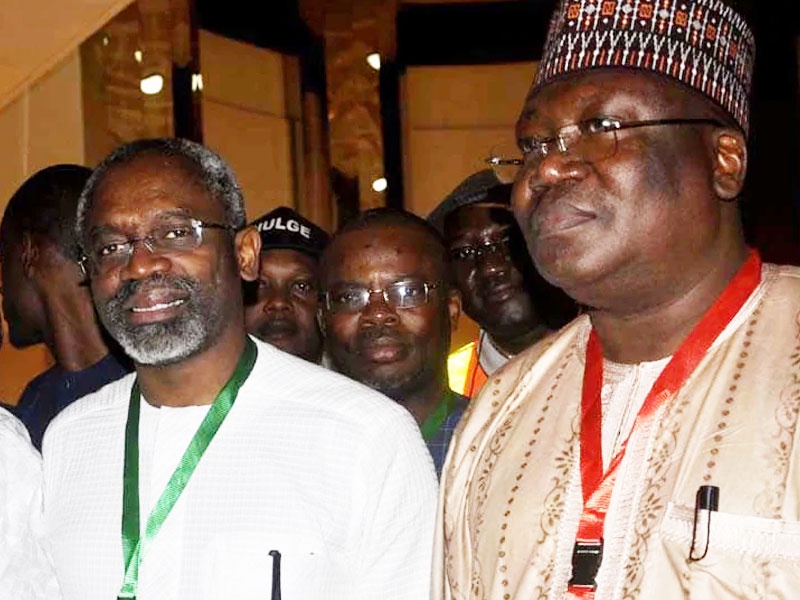 Crisis is brewing in the opposition Peoples Democratic Party (PDP) following the decision of its National Executive Committee (NEC) to investigate how its members voted in the recent election of presiding officers of the Senate and the House of Representatives.

The investigation is to identify PDP senators and House members who voted against the party’s directive.
On the eve of the election of the presiding officers, the PDP had directed its members to vote for Senator Ali Ndume as president of the Senate and Hon. Umar Bago as House of Representatives speaker.
However, Senator Ahmad Lawan, the preferred candidate of the ruling All Progressives Congress (APC), garnered 79 votes to become the president of the Senate dusting the PDP’s choice, Ndume, who got 28 votes

Meanwhile, PDP members of the House of Representatives have also faulted the party’s decision, wondering what it aims to achieve by probing the voting pattern of its members.
A House sources said contrary to the position of the party, members did not disobey the directive to vote Bago because the decision, taken in the wee hours of June 11, either did not get to some of them, or got to them late.
According to the lawmaker, members had long made up their minds and committed to voting Gbajabiamila long before the PDP gave its order.
He said the House PDP Caucus met last Thursday in Abuja with party leaders and they had a frank discussion on the matter.
He said: “The chairman of the party met with all the PDP members in the House for four hours on Thursday and it was a very frank discussion we had.
“He told us the party really wanted to have an understanding of what happened and the impression he gave us was that they wanted to discuss with all of us to really know why each bloc took a position that they took in order to reunite the House PDP Caucus and then, going forward, to try to ensure that we always have a common front on all issues that would be coming up on the floor of the House.
“That is okay by me. But the truth is that there are things the party leaders do not know or they pretended not to know. The party took its position in the wee hours of the election. Which politicians will wait until the wee hours of the election to align?
“You can’t just railroad people into it like that. Besides, those who pushed the party leaders to take such a decision (on supporting Bago) were people that had tried unsuccessfully to cut a deal with Gbajabiamila.
“They are pursuing their own agenda and they decided to hide under the party to push for the party going to support somebody (Bago). Even the Bago that they supported, how many votes did he get? How many of his 78 votes came from APC?
“It was an unwise decision for the party to say it would probe why we voted for Gbajabiamila. But there is nothing wrong in them saying they are going to find out what happened.”
Another PDP House member described the party’s decision to probe them as a wasteful exercise, saying the party cannot do anything to them.
He said if the situation was not well managed, it could lead to a full-blown crisis with dire consequences for the PDP.
“The fact is that members have a lot of confidence in Femi (Gbajabiamila). Let me be frank with you, Femi is far better than Bago,” he added.
The PDP lawmakers also gave THISDAY an update on how the race for the minority leadership posts in the House, saying the party might have conceded the slot of minority leader to the South-south zone.
Four of those listed as gunning for the minority leadership of the House are from the South-south.
They are the former minority leader, Hon. Leo Ogor, representing Isoko North/South Federal Constituency in Delta State; Hon. Kingsley Chinda, representing Obio/Akpor Federal Constituency, Rivers State; Hon. Ndudi Elumelu representing Aniocha/Oshimili Federal Constituency in Delta State; and Hon. Ossai Ossai, representing Ndokwa/Ukwani Federal Constituency in Delta State.
One of the lawmakers said the issue was on the agenda of last Thursday’s meeting with the party leaders.
“Those who supported Bago are trying to manipulate the party to pick one of their own as the minority leader. They are sponsoring Hon. Chinda for the post. But even among them, there is a division. Some of them are kicking against his choice, saying the national party chairman is from Rivers State and wondered why the minority leader should be picked from the state. So those against his choice are mounting underground campaigns against him.
“While some of us are not supporting any candidate, our position is that all other positions such as deputy minority leader, minority whip, deputy minority whip would have to be decided by members from the zones such positions are allocated to. But we are also ready to honour the party to take its decision on the minority leader,” the lawmaker said.