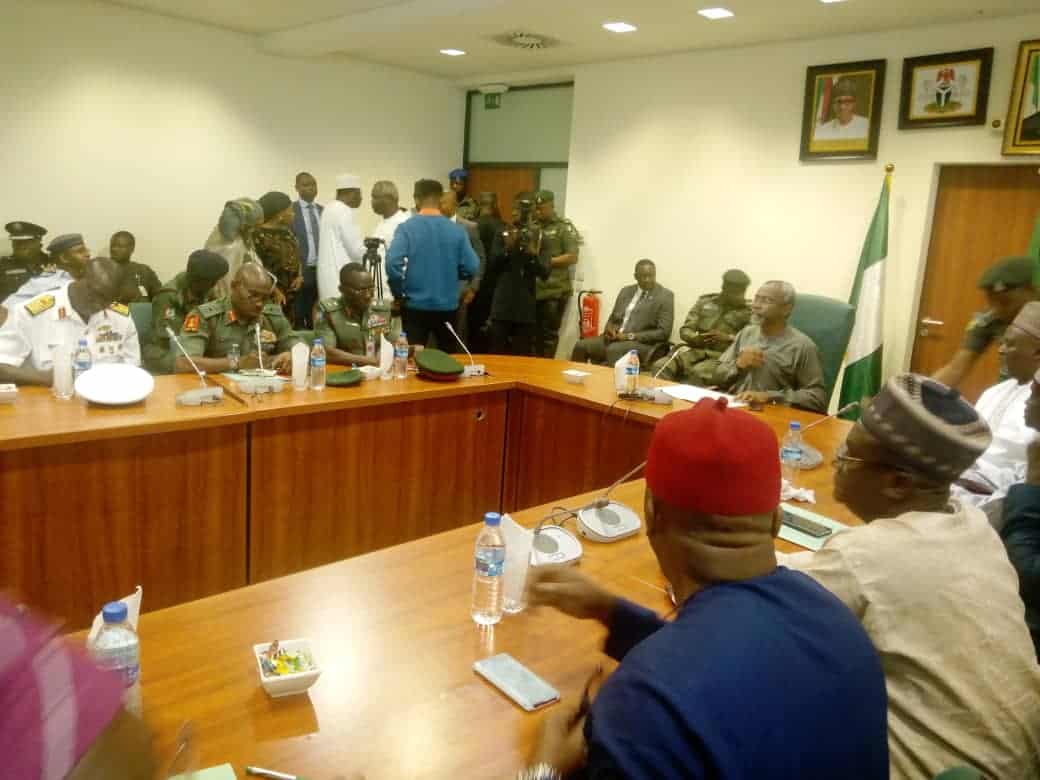 Barely three months after the inauguration of the ninth assembly, at least four senators have been sacked by election tribunals.

Nigerians had in February gone to the polls to elects lawmakers who will represent their constituencies in the National Assembly.

While some lawmakers of the eight Senate were returned for another term of four years, others, however, lost their seats.

As has now become the tradition, many candidates who lost the elections approached the election petition tribunals to demand nullification of the election as well as a rerun.

The petitioners usually cite violence, election malpractice among others, as reasons for their demands.

In recent weeks, the tribunals have nullified the elections of some senators and asked that supplementary elections be conducted in the affected areas.

This is coming at a time when affected lawmakers are only beginning to get comfortable in the Senate as some of them have been named either chairmen or vice-chairmen of committees.

Below are four senators who have been sacked by election tribunals. They will, however, remain in office till all appeals on the judgement are exhausted.

Mr Kalu of the All Progressives Congress (APC) was declared the winner of the February election to represent Abia North senatorial district in the Senate.

He had polled 31,203 votes to defeat Mao Ohabunwa of the Peoples Democratic Party who garnered 20,801 votes. This is according to the result announced by the returning officer, Charles Anumudu.

Mr Ohabunwa who was seeking a second term in the Senate rejected the result and approached the election petition tribunal asking for the cancellation of the results.

He cited the exclusion of some votes during the collation of results and disenfranchisement of many registered voters in the constituency as reasons for his demand.

The tribunal a fortnight ago nullified the election and ordered a supplementary election in the affected areas within 90 days.

Mr Kalu is not just the Senate’s Chief Whip, he was also named the Vice Chairman of the Senate Committee on Banking, Insurance and other Financial Institutions.

He has since disclosed plans to appeal the ruling by the tribunal which he described as biased. He has also expressed optimism of winning any supplementary election conducted in the state.

The Kogi West senator was returned for a second term after he was declared the winner of the election for the senatorial district in February.

The returning officer, Emmanuel Bala, had announced that the lawmaker garnered 85,395 votes to defeat former senator Smart Adeyemi of the APC who scored 66,901 votes.

The result was rejected by the APC candidate who approached the election petition tribunal for cancellation of the election results and a rerun.

He said the result announced was not the true reflection of the votes cast but was manipulated by the PDP.

Justice Anthony Chijioke-led tribunal in Kogi State nullified the election, stating that the election was marred by widespread malpractices. He ordered a fresh election in the senatorial district.

On his part, Mr Melaye filed 23 grounds of appeal before the Court of Appeal in Abuja to challenge the tribunal’s judgment.

He is expected to continue in office until the appeal court determines the case.

The lawmaker was named Chairman of the Senate Committee on Aviation.

He officially became the Senate spokesperson after he was named Chairman of the Senate Committee on Media and Public Affairs.

He was declared the winner of the February election and was sworn in to represent Ekiti South senatorial district.

Ms Olujimi approached the election petition tribunal in Ekiti State, demanding to be announced the winner of the election “having scored the highest number of lawful votes in the election.”

The tribunal in August nullified the election of Mr Adeyeye and asked that Ms Olujimi be sworn in as the right winner – a ruling which Mr Adeyeye described as “purchased.”

Mr Adeyeye has said he will appeal the verdict of the tribunal.

The Delta South senator was declared the winner of the election in February and returned elected.

The returning officer, Oladipupo Adesina, had announced that Mr Manager polled 2528,812 votes to defeat his APC counterpart and former governor of the state, Emmanuel Uduaghan, who scored 125,776 votes.

Mr Uduaghan approached the election petition tribunal asking it to invalidate the victory of Mr Manager. He alleged that there were widespread electoral malpractices by the PDP and INEC.

The tribunal, in its judgement, nullified the election and ordered INEC to withdraw the certificate of return issued to Mr Manager. It also ordered INEC to conduct a rerun within 90 days.

The counsel to Mr Manager had said the lawmaker will appeal the ruling.

He was named Chairman of the Senate Committee on Gas Resources.

What Next For Sacked Lawmakers- Lawyer

All the affected lawmakers have decided to appeal the rulings of the tribunals.

Nigerian lawyer and activist, Inibehe Effiong, explained the Court of Appeal must deliver its judgement within 60 days after the appeal was filed.

“When INEC has announced a winner of an election, the petitioner (either a political party or a candidate) can go to the tribunal within 21 days.

“The Court of Appeal has 60 days to determine the appeal,” he said.

Citing the case of former Governor of Imo State, Rochas Okorocha versus the PDP in 2012, Mr Effiong said if a petition is not determined within the stipulated time, it becomes invalid.

“It is also the same thing at the appeal. If an appeal is not determined within 60 days, the appeal is also deemed to have elapsed.

“The return of the person remains as there is no longer a valid challenge. It is a worrisome position but the law is what it is,” he said.

Except for Mr Adeyeye whose ruling was delivered on August 23, the other rulings came in September.

Foreign Soldiers Fighting Bandits in Sokoto as the Nigerian Army are not effective,…