You are a bully”, Northern Youths chide Senator Tinubu over verbal assault on Senator Abbo 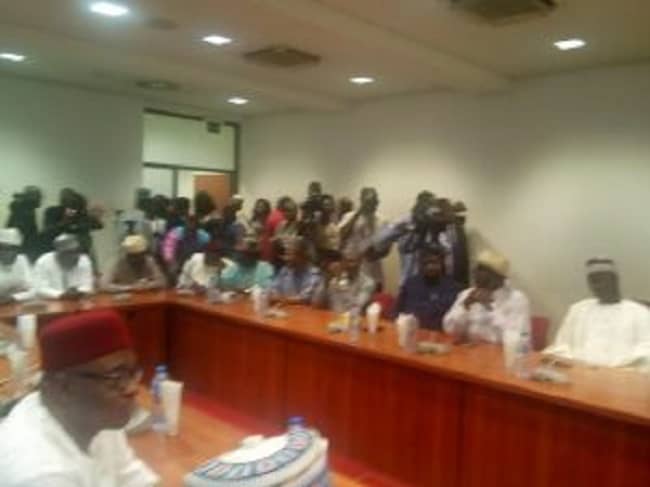 “You are a bully”, Northern Youths chide Senator Tinubu over verbal assault on Senator Abbo

The Northern Youths Movement (NYM) has described yesterday’s verbal assault on Senator Ishakku Abbo by Senator Oluremi Tinubu as unwarranted and uncalled for, demanding that she must apologise for being rude to her fellow senator.

According a release issued in Abuja on Wednesday, which was signed by the NYM Chairman, Mallam Ishaya Jato, Senator Tinubu was described as a “serial bully” who ought not to have been included in the Senate Committee to probe Senator Abbo’s alleged assault on a lady.

Gbajabiamila Denies Purported Letter on extension of Year of…

The youths said even though they were against what Senator Abbo did, it is instructive that he has apologised and now facing charges in court.

They pointed out that Senator Tinubu lacked moral justification to be part of committee to sit on ethics and values among Senators because by her past acts and utterances, she is a bully.

The group said it was on record that Senator Tinubu once harassed Senator Musiliu Obanikoro at the floor of the Senate and the video of that shameful act is still on YouTube till today.

Also, Senator Tinubu once lied against and harassed Senator Dino Melaye by calling him dog and thug at the floor of the Senate.

This same Senator Tinubu was caught on camera saying she no longer trust the Igbo people living in Lagos, just because they exercise their democratic rights to vote a candidate of their choice. That statement, “Igbo, we no dey trust una again” is anti-unity and oneness of Nigeria.

Therefore, threatening a fellow Senator with suspension is a demonstration of her tyrannical nature and we in the NYM take exception to a woman disrespecting a man just as we are against any man assaulting a woman.

COVID-19: Open One Airport Per Geopolitical Zone – Reps to FG