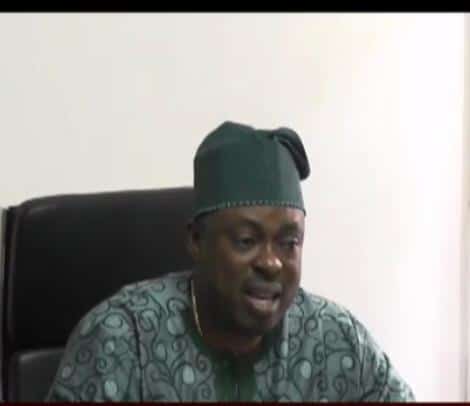 The Speaker, Osun State House of Assembly, Mr. Timothy Owoeye wants Pensioners and Persons living with Disabilities to support the present administration under Governor Gboyega Oyetola for it to succeed in its quest to accomplish its people oriented policies for overall well being of the people of the state

The Speaker made the call when he received the groups who paid him courtesy visit in his office.

Mr. Owoeye who commended the Pensioners for their resilience and patience called for their understanding and continued support as government would continue to ensure that they enjoy their retirement age.

The Speaker also assured the physically challenged that the 7th Assembly would continue to do the needful for the overall well being of the people particularly in ensuring that laws enacted are all inclusive.

Earlier, the State Chairman of the Triangular Group of Pensioners, Prince Rotimi Adelugba had said the visit was to congratulate the Speaker and the entire legislative arm of government as well as solicit their support in meeting the needs of the senior citizens.

Also, the Chairman, Joint Association of Persons living with Disabilities, Mr. Kehinde Onitiju canvass for the support of the lawmakers to see to the Bill affecting the Association by including them in it’s governance and decision making particularly as it is being implemented in many States across the federation.

GBAJABIAMILA HAS MADE KNOWN THE PRIORITY OF THE GREEN CHAMBERS.