People mill around Tinubu because of poverty – Sen. Fadahunsi – Those Tinubu “Empowered” in the South West, unfortunately didn’t return his good gesture

People mill around Tinubu because of poverty – Sen. Fadahunsi - Those Tinubu “Empowered” in the South West, unfortunately didn’t return his good gesture 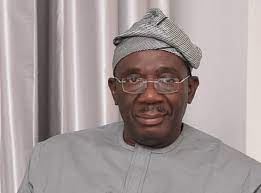 People mill around Tinubu because of poverty – Sen. Fadahunsi
– Those Tinubu “Empowered” in the South West, unfortunately didn’t return his good gesture
Nassnewsng.com 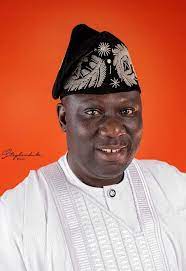 Fadahunsi Francis Adenigba (born 12 July 1952) is a retired custom officer and a Nigerian senator representing Osun East constituency in the National Assembly’s House of Senate.
He was born in Ilase-Ijesa in Osun State on 12 July 1952 to
Late Chief Israel Adekunbi Fadahunsi and Chief (Mrs.) Emily Fadahunsi, both indigenes of Ilase-Ijesa.
Fadahunsi received his primary education in Saint Paul’s Anglican Primary school, Ilase-Ijesa and then proceeded to have his secondary education at Abebeyin Anglican Modern School, Atakumosa West Local Government Area in 1964.
The senator representing Osun East, Francis Fadahunsi has said people cling to Bola Tinubu since he indicated his intention to run for president of Nigeria in 2023 election because of poverty.
Fadahunsi stated this in an interview with some journalists at the National Assembly after the upper chamber re-amended the Electoral Act (2010) Amendment Bill paving way for political parties to use either direct, indirect primaries or consensus candidature in selecting candidates for elections at all levels.
According to him, those Tinubu “empowered” in the South West, unfortunately didn’t return his good gesture, making the former Lagos state governor turn to the North for support thereby paving way for the North to have a bite of his “generosity”.
He advised people to watch and see where the APC national chairman will come from since “you can’t have national chairman and presidential candidate from the same zone”.
The Osun senator regretted that his own party, the PDP is losing ground in the South West, especially Ekiti state through the former governor of the state, Ayo Fayose, adding that the next target of Tinubu’s APC us Osun state.
On the “fight” between Osun State Governor, Gboyega Oyetola and the Minister of Interior, Rauf Aregbesola, Fadahunsi said “people should ask the duo why father and son are fighting”, adding, they are the only ones who know why they are fighting.
On the recent rice pyramid launch in Abuja, the former Customs officer said it was “artificial” and indicated that “_all is not well. It was premeditated”, adding “are the rice not going back?.
He said “the North cannot feed us again because of the problem it is facing”, concluding that all the country needs is to “let the instructions work”.

Subscribe to our newsletter
Sign up here to get the latest news, updates and special offers delivered directly to your inbox.
You can unsubscribe at any time
You might also like More from author
Interviews

Hon. Dr. Samuel Adejare: Orphanages Should Be Well Monitored To Discourage The Abuse…

Hon. Muda Lawal: A Bill For An Act To Establish The Federal Cancer Center Bauchi: The…

What I am doing will strengthen the immigration act and civil defence act,senate have…

URGENT NEED TO COMBAT UNEMPLOYMENT AND SOCIAL VICES THROUGH ESTABLISHMENT OF…