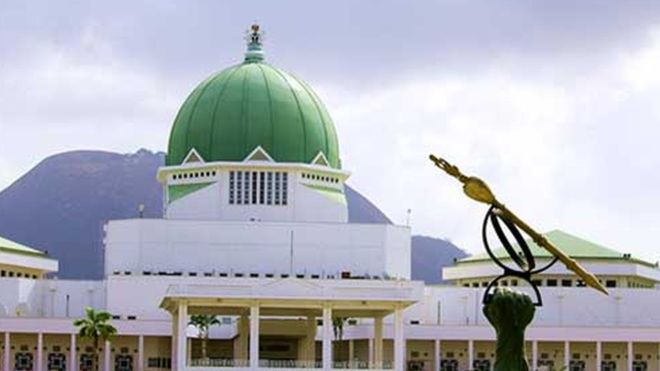 It was further learnt that the Department of State Services (DSS) has summoned the Chairman of the Commission, Ahmed Kadi-Amshi (Yobe State) and the leadership of the Parliamentary Staff Association of Nigeria (PASAN) – National Assembly and NASC chapters – to its office on Wednesday.

It was learnt that the invitation by the DSS may not be unconnected with a petition allegedly written by some members of PASAN said to be loyal to Sani-Omolori.

It was learnt that the ‘amended’ rule was being implemented, despite the fact that it wasn’t passed by both chambers of the 8th National Assembly as a Bill and signed into law by President Muhammadu Buhari.

It was learnt that the Committee has submitted its report and has reversed the controversial five-year tenure enlogation of the Clerk, Sani-Omolori and over 150 other senior directors of the National Assembly.

If the recommendations of the Committee are implemented, the Clerk who allegedly attained 35 years in service in February, maybe asked to proceed on compulsory retirement leave preparatory to his final disengagement from the Service of the National Assembly.

Meanwhile, the Chairmen of the National Assembly and NASC chapters of PASAN, Sunday Sabiyi and Ojemeri Oisamaye respectively, in a letter to the chairman of NASC, Ahmed Amshi, urged him to resolve the controversy by invoking the powers of the Commission.

The letter of the PASAN leaders reads in part: “We strongly implore the Commission to invoke its powers, in line with Sections 6(8), 7(1)(b) and 19 as well other relevant Sections of the NASC Act, 2014, to holistically review the conditions of service and streamline the irregularities found therein.”

They said they never supported a tenure extension for the Clerk and other senior staff of the National Assembly already due for retirement.

Section 6 (8) of the National Assembly Commission Act says, “In exercising its power to make appointments or exercise disciplinary control over persons, the Commission shall not be subjected to the direction or control of any authority or person.

Senate confirms appointment of 37 nominees of Federal Character Commission, others

COVID-19: Open One Airport Per Geopolitical Zone – Reps to FG