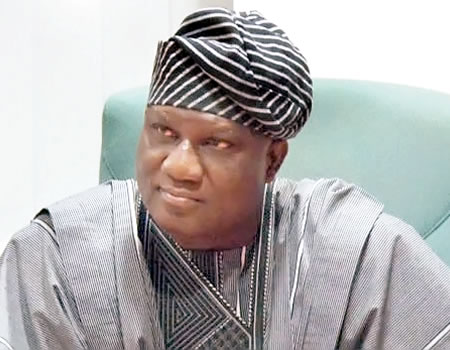 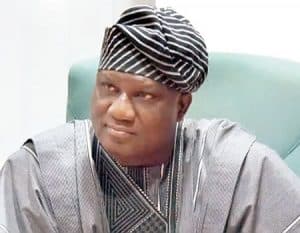 Nigerian House of Representatives Deputy Speaker Lasun has threatened to sue the ECOWAS parliament Speaker over statement accorded to him.

Deputy Speaker, Nigeria’s House of Representatives, Hon. Yusuf Lasun, has denied the claim that he received an allowance from the Secretariat of the Economic Community of West African States (ECOWAS) Parliament and the Speaker, Moustapha Cisse Lo.

Cisse Lo had at the weekend during the closing ceremony of the First Plenary Session of the ECOWAS Parliament in Abuja, expressed disaffection over the payment of allowance to Lasun as he claimed that the Deputy Speaker of Nigeria’s House of Representatives absented himself from proceedings of the Parliament.

The Deputy Speaker of the Senegalese Parliament further declared that Honourable Lasun absented himself from proceedings and received full payment, whereas some members who attended for a number of days declined to raise a claim for payment.

Cisse Lo who further revealed that he has since blocked payment to Honourable Lasun and a few others further threatened to report to President Muhammadu Buhari, if any of the members protested against the decision he took on the payment issue.

But speaking through his Chief Press Secretary, Wole Oladimeji, in Abuja on Monday, Honourable Lasun denied the allegation.

Giving Moustapha Cisse Lo, 12 hours to retract the allegation of payment of allowance to him or face a legal action, the Deputy Speaker, House of Representatives said he has been out of the country for two weeks and was worried and embarrassed that the Speaker of the ECOWAS Parliament could go dirty at plenary to make unparliamentary remarks about his person.

Oladimeji told newsmen that his principal stopped attending the sessions before travelling to Saudi Arabia as a result of the actions of Cisse Lo.

Lasun’s Chief Press Secretary told journalists that he met with the ECOWAS Parliament Secretary-General, Mr John Azumah, who told him categorically that Lasun never requested or demanded any payment.

He further disclosed that Azumah in his clarification said what the Parliament did was just a financial procedure by capturing all the lawmakers and submitted to the office of the speaker.

Lasun said: “Honestly, I do not know his intentions for calling my name, threatening that he would not pay any delegate from Nigeria that failed to attend the session.

“From all indications, there is a foul play somewhere because before I travelled to Saudi Arabia, I attended the session, but when I saw the way he was conducting himself, I stopped attending. Maybe some people in the secretariat or the speaker himself is playing a game.

“Since I stopped attending the session, there was no link with them, neither did I receive any payment from ECOWAS, request or demand payment.

“In view of this development, I wish to demand a retraction or refutal of the statement credited to the ECOWAS Speaker.

“This retraction must be done within 12 hours or else, I would be forced to legal action against the ECOWAS Secretariat and speaker for defamation of character,” Lasun said.

Ninth Assembly to be inaugurated 11th of June – Presidency