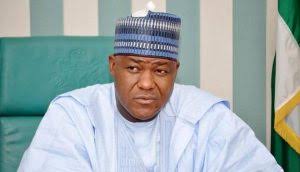 Chairman committee on foreign affairs and Hon. Representing gombi/ Hong Federal Constituency, Yusuf Buba Yakub has urged the Federal Government to adequately provide funds for the Missions in order to take care of their Capital Expenditure every given year.

Yakub made this statement Monday in a motion which stressed the need for the house to save our Nation the embarrassment emanating from our Missions abroad by evaluating the status of these Missions and acting promptly.

Yakub explained that for some time now, the entire world has continued to witness several disturbing videos on both the social and traditional media portraying events in some Nigerian Missions abroad and even the ill- treatment of Nigerians without a word from their Missions.

He further said that many of the Missions abroad operate from dilapidated building and rented properties with long unpaid rents, utility bills, poor and moribund communication infrastructure, dingy furniture, no utility cars to fly the official flag of our country in their place of assignment.

He stated that “there was an alleged eviction of staff in DR Congo due to what we were told was the non-payment of recertification fee in respect of the property housing the Nigerian Missions in the country.

“Am worried about the above in the face of the fact that so much funds are generated as revenue through Visa and Passport Issuance, but none of these goes into the coffers of any of the Missions.

He therefore called on the Federal Government to encourage strict implementation of the Smart Mission Concept in all of its Missions abroad.

Firefighters to the rescue to battle building fire on Lagos island