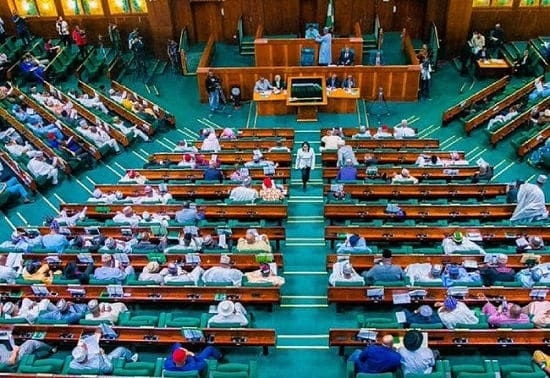 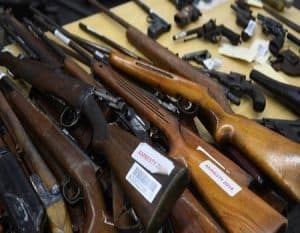 The House of Representatives has resolved to investigate the alleged missing of firearms and ammunition belonging to the police.
This followed the adoption of a motion of urgent public importance by Rep Toby Okechukwu, the Deputy Minority Leader on Thursday at plenary.
Moving the motion, Okechukwu said that 178,459 arms and ammunition belonging to the police were alleged to have been stolen in the 2019 report of the Auditor General for the Federation.
He noted that the report claimed that over 88,000 arms including AK-47 assault rifles could not be accounted for by the police.
Okechukwu stressed that the missing arms could have found their way into the hands of criminals, especially with the ongoing war against bandits, kidnappers and other criminal elements in the country.
Contributing, Rep. Ahmed Wase, the Deputy Speaker, said that the ad hoc committee of the House should be allowed to carry out the criminal aspect of the investigation.
He said that the House Committee on Public Account should also be allowed to investigate the whereabouts of the arms in accordance with its constitutional mandate.
Wase said that the issue of missing arms might not be restricted to the police alone.
The House urged the committee on Public Account to establish the veracity of those allegations by conducting due diligence of the control processes of the police armoury.

Insecurity: We as a nation have failed our young men and women – Senator Imbezim – That is why we are trying to establish this bill to create jobs