SENATE IS WORKING FOR NIGERIANS AND WITH NIGERIANS 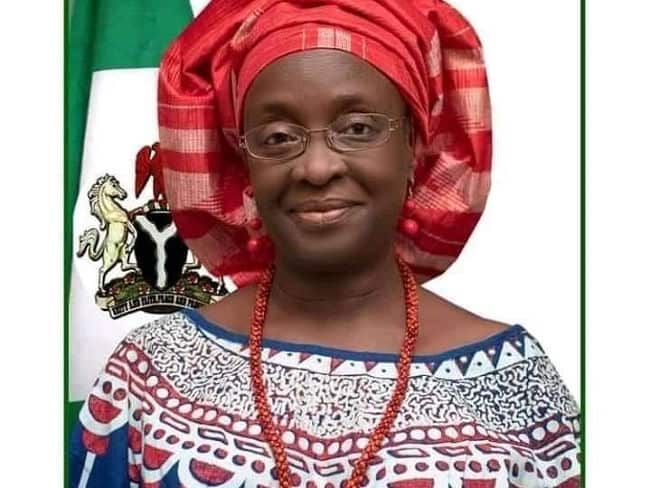 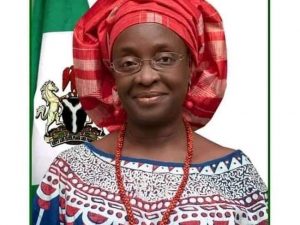 Nassnews in an interview with Senator (Prof) Nora Daduut, Plateau South
She speaks on the re-amendment of the Electoral Act (2010)
Amendment Bill and insecurity in the country.
By Prince Adeboye Omoboye

Hon. Dr. Samuel Adejare: Orphanages Should Be Well Monitored To…

Hon. Muda Lawal: A Bill For An Act To Establish The Federal Cancer…

What I am doing will strengthen the immigration act and civil…

Nassnews: Let’s look at the section 84 of the Electoral Act Bill, which has to do with how parties recruit their candidates for election, which was restricted to only one channel before you widen it. How do you describe the action of the Senate today and the implication for our political and democratic development?
Senator Nora: Well, I think I want to commend the Senate not because I’m part of the Senate, but I think we need to first of all put the people, that is Nigerians on the alert that we are working for them and with them. So, in consideration of Nigerians and their desires and their expectations, the Senate had to have a committal, you know, motion that is to say to review what had been passed and sent to the president and in due course observed the grey areas they were not quite clear and made a very important move to reconsider the issues observed by Mr. President, and for this reason, the Senate had also agreed and accepted to widen the scope for political parties to make their choice. And that is because Nigerians, first of all, are very important to the growth and the political aspirations of the individual politicians. So the fact that the Senate now looked into the observations presented by Mr. President, certainly shows that the Senate is working for Nigerians and with Nigerians.

Nassnews: Although the issue of security is a general one in the country, the isolated case of killing of passengers traveling from Bauchi through Plateau state where you come from to their home state of Ekiti is still fresh. What is your comment on this?
Senator Nora: You see, Plateau state is, let me call it a bridge between the North and the South because we’re in the central, and making a statement that the people traveling from Bauchi were Ekiti people going back to their state is like saying that we are hostile to strangers. No, the transit, of course, is normal because you have to cross Plateau state to get to Bauchi, except if you go through the North, that is Kano. But if you are coming from the central or from the Southeast, you must pass through Plateau state and there was no case of hostility. It was, let me say, accidental that people were coming, I think they went on a religious mission and they were passing through, but you see when others or individuals are apprehensive of one another, they will think these people were coming with some bad or ill intentions.
It was a misconception, misunderstanding and misinterpretation of the fact that the Ekiti contingents were traveling, therefore there was an attack on them. It was just the usual human reaction to defend himself. I don’t think everybody knew that these people were coming into Jos and going back home, but those that knew and misinterpreted, it is their own individual understanding, what happened is that they felt they could defend themselves or attack them. It wasn’t intentional.
Nassnews: You may I agree with me that the state especially your senatorial district and the North has had its fair share of this crisis in the country. From 1999. several commission of inquiry were set up by successive governments in the state. We have the Ajibola, Abisoye and Solomon Lar commissions of inquiry. What do you think is responsible for this incessant crises?
Senator Nora: When you say shares, it is as if they are good values that we need to share. No, the fact that they instituted board of inquiry is to first forestall other crisis because when you don’t know the genesis of a crisis, then you cannot arrive at the solution. The fact that these boards or committees of inquiry were instituted was to restore confidence in the system. It is true that the crisis seemed to be incessant like in other places or in other parts of the country, but this also demands that we need to cooperate with the security agents, who need to cooperate with the government as citizens, otherwise setting up board of inquiries may not solve the issue. We need to cooperate. We should also be part and parcel of investigating and also informing government or security agents about what is happening because we live in an environment that is insecure. So, whatever you think is happening around you, you should take it up as an individual to report.
The Ajibola or Solomon Lar board of enquiries did not fail. It’s just that it also nurtured some other approaches to address this situation, and it’s unfortunate that Plateau state has suffered just like others. I believe that we should take it as a matter of responsibility to be our brothers keepers by also helping the security agencies.
Nassnews: You are a professor (Academic), a Dame (Knight) and a Senator (Politician). How do you combine this?
Senator Nora: I was earning a living, so I became a professor through the process because I was working to earn a living. That was how I got to my status as a professor; and Dame, I have a faith and I also commit myself to my faith. That’s why the Pope gave me the award in the church because the Dame is a Pope award from Rome. It’s not because I am holy or holy of holies. No, I commit myself to my faith, to my church and by the grace of God, it was recognized. I’m not claiming anything more than what I can do and I think the church felt I was contributing in terms of my commitment to my own belief.

Subscribe to our newsletter
Sign up here to get the latest news, updates and special offers delivered directly to your inbox.
You can unsubscribe at any time
You might also like More from author
Interviews

Hon. Dr. Samuel Adejare: Orphanages Should Be Well Monitored To Discourage The Abuse…

Hon. Muda Lawal: A Bill For An Act To Establish The Federal Cancer Center Bauchi: The…

What I am doing will strengthen the immigration act and civil defence act,senate have…

URGENT NEED TO COMBAT UNEMPLOYMENT AND SOCIAL VICES THROUGH ESTABLISHMENT OF…