Export or kill a donkey, get 10 years jail term- Reps 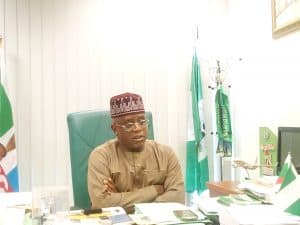 Donkeys are known with historical, recreational, aesthetic and educational value to Nigeria Nation and its people. The exportation of donkeys or its carcasses or derivatives out of Nigeria has given their depletion in numbers thereby rising to the threat of extinction.

An act to prohibit the export or killing of donkey in Nigeria was presented to the public today for debate in a well-attended public hearing at House of Representatives. The bill was sponsored by Honourable Garba Datti Muhammad. It shall be absolutely prohibited to export out of Nigeria a donkey or its carcass or its body parts (including skins) or any product or derivative of a donkey. It shall be unlawful to knowingly slaughter or kill a donkey by any means whatsoever, knowingly ship, transport, move, deliver, receive, possess, purchase, sell, or donate a donkey to be slaughtered for human consumption or for food for other animals.

The sponsor of the bill, in an interaction with journalist after the public hearing, explained how the Chinese come to buy donkey at an exorbitant rate exposing more donkeys to the risk of been stolen from their owners. A donkey that sells for 20, 000 before now sells for 100, 000 and more now, we have more donkey thieves than before now. If such bill as ‘Donkey Export and Killing (Prohibition) Bill’ is not put in place, donkeys will soon go into extinction in Nigeria.

Any offence committed under this bill shall be triable by the Federal High Court.