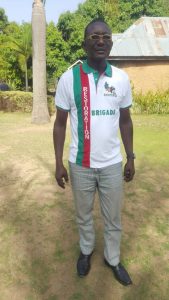 A Plateau State based non partisan and professional group from different walks of life The RESTORATION BRIGADE has called on the citizens of Plateau State to be calm as they go to the polls to elect their governor on 9th March 2019.
Arc. Jack Sam Dantong the convener of the group went further to call on the Restorator Distinguished Senator J. T. Useni to make things right after four years of misrule by the Lalong Administration.
The RESTORATOR Sardaunan Plateau in Nasarawa, has overwhelming and impeccable credentials to meet the challenges of Plateau State and Move it forward from its stagnation.
His experience as a statesman cannot be overemphasized: he was the Old Governor in old Bendel State, most impactful minister in the FCT and an altruist to the core to Nigerians and the global community. His blueprint for the Restoration of the Plateau are clear and concise.
By Kennedy Nayina

March 9: Why Wike Will Win-nassnewsng.com