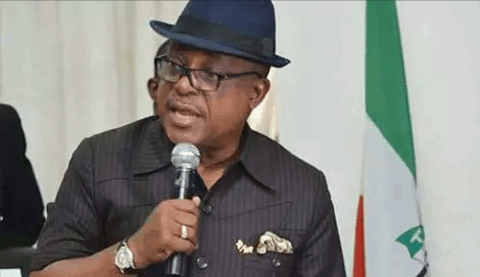 Kaduna State Working Committee (SWC) of the party took the decision to suspend the members after preliminary hearing on discipline.

According to a statement at the end of the SWC meeting by the Kaduna State PDP Publicity Secretary, Abraham Alberah Catoh, their suspension is in line with the provision of the party constitution as provided in Section 57(3) 2017, as amended.

According to him, “That the said members stand suspended from the party from today, the 16th day of may, 2020 and will be expected to appear before the Disciplinary committee on a date and time to be announced by the committee.

“The SWC further resolved that Col. Dauda Albehu Gora, is not a registered member of the PDP and therefore, he is an impersonator.

“The party has submitted his name to all security Agencies to take note of his activities. We shall take necessary action against him should he continue with his activities against the PDP” the publicity Secretary stated.

Meanwhile, one of the suspended member, Dr Danfulani said, he has not been served but based on what he was told as content of the statement, suspending them based on allegation of anti party activities without given them fair hearing is uncalled for and should not be taken serious.

Efforts to reach other suspended members for their reaction proved abortive.