The Senate Adhoc Committee on the Review of the 1999 Constitution has disclosed that it will release the schedule of events for the forthcoming public hearings on amendment of the constitution by next week.

This is even as the subcommittees of the panel are expected to submit their reports by next week.

Chairman of the Committee and Deputy President of the Senate, Senator Ovie Omo-Agege stated this on Thursday at the National Assembly, Abuja when the Steering Committee of the Constitution Review panel hosted the Eminent Elders Forum, led by Professor Echefuna Onyeabadi. 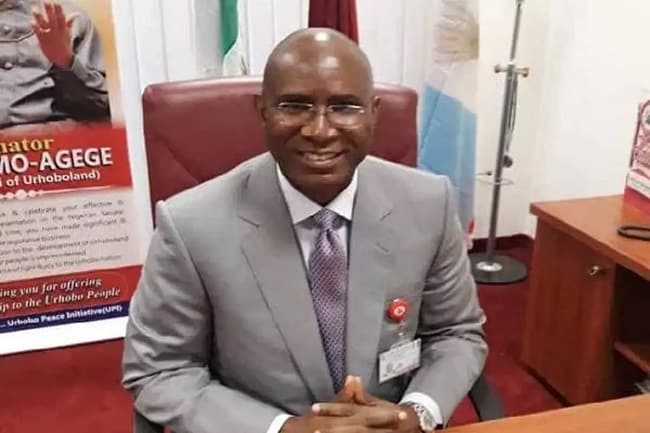 Senator Omo-Agege urged Nigerians at home and in the Diaspora who have already submitted their memoranda to the panel to be prepared to speak to such documents at the forthcoming event.

He revealed that all the subcommittees earlier constituted would submit their reports to the adhoc committee by next week.

“All memoranda must have been considered by our subcommittees. In about a week, they will make returns to us, having perused thoroughly the contents of submissions by others. They will make recommendations to us and we will take it from there. He said, adding “Let me also state that the constitution review exercise is a very tedious one. It is not a tea party by any means”.

On the request by the Forum to have the 1999 Constitution swapped with 1963 Constitution, Omo-Agege explained that that is outside the jurisdiction of the National Assembly, pointing out that lawmakers can only amend the document in piecemeal.

“The procedures for amending the 1999 Constitution are clearly spelt out. It requires a lot of reaching out and lobbying. It is your job to reach out to other stakeholders. You will need to win over as many lawmakers as possible both at the national and state levels. So, you have your work cut out for you”.

Earlier, the Coordinator of the Forum, Professor Echefuna Onyeadi called for the adoption of the 1963 Constitution.

According to him, all the previous models of Constitution used by successive administrations have not worked.

“We took time to look at all the constitutions we have had in this country and it was resolved by our body that the best way to go about it is to retrace our steps to the Constitution that the founding leaders of this country handed over to us.

“At Independence, we had a Constitution which was slightly amended in 1963 and was just in operation for only three years before the military struck. Thereafter we abandoned that model completely and we have been experimenting with different types of governance. And experience has shown that all the models we have adopted subsequently are not working well for us as a country,” he said.

He pointed out that the country is currently running a unitary system of government and not Federalism.

The Eminent Elders Forum comprises of over 300 elder statesmen who have served Nigeria in different capacities. Notable among them are former Deputy President of the Senate, Senator Ibrahim Mantu; former governor of Niger State, Alhaji Babangida Aliyu; media mogul, High Chief Raymond Dokpesi among others.

Reps Query COAS on How Weapons For Military, Police End Up With Bandits