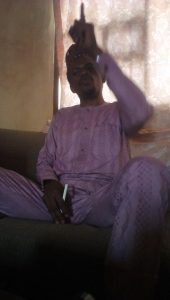 Nigeria Assembly Newspaper with other journalists had an Interview with one of the strong contestants for the Senatorial district ahead of Adamawa North election come Saturday. Elisha ISHAKU Abbo , a young and vibrant youth who has studied the problems of Nigeria is set to offer himself for solution. 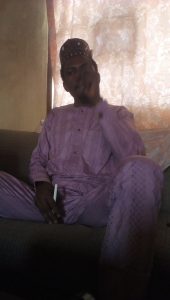 What Motivated you as a Young Man to contest as a Senator for Adamawa North Senatorial district?

Taking Nigeria as a case study, we have being doing well beforehand, when the leadership of the country were youths. Olusegun Obasanjo became a General in Nigeria Army at the age of 28 years, Yakubu Gowon became the President of Nigeria at the age of 29 years. He paddled the Nation at the most difficult period and successfully United the Nation. Imagine less than 30 year old Boy became the President of a country with an internal crisis like Civil War and he navigated the difficult moment in the history of Nigeria. Even after the war, he went about appealing to people preaching love saying there is no winner of the war.

But today, an 80 years old man like President Muhammad Buhari is leading the country and still want to continue to lead the country when he should have resigned to rest. They told us the youths are the leaders of tomorrow, but when will tomorrow come. That is why I took the bull by the horn to contest for the Adamawa North Senatorial district under PDP.

Why the choice of PDP? 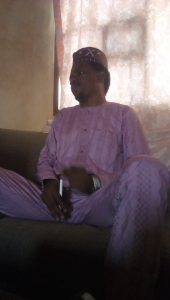 The choice of People’s Democratic Party PDP as a party to fly came due to my critical analysis. PDP is the only true PAN Nigeria and a true National Party. In the North they look at APC as an lslam party which is not right. They banboos us with religion sentiment and discrimination, I don’t subscribe to people bringing religion sentiment to politics. They use the strategy to remove Good luck Jonathan telling us in the North that APC is the only Northern Party, APC is for Muslims and PDP is for Christians which is not, we were only deceived. APC was built on religion sentiment. And that’s why my choice of PDP. 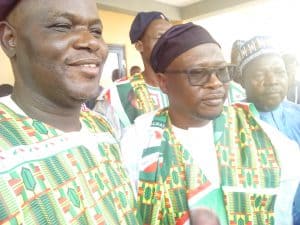 We have a Nation before we have political party. If you born down the Nation who will you lead. Politicians should not burn down our nation because of position. They sent batallion of soldiers to my house before and during primary election. I am a law abiding citizen of this country call Nigeria, I am not Boko Haram. Let them send their batallion of soldiers to the Sambisa forest not my house. Politicians should know power is from God and it is per time.
Abacha was forced out of power but where is he today, Abdulsallam was forced to surrender power.
The problem of Nigeria is not the followers but the Leaders (Politicians).
Ekiti and Osun election is an eye opener where they intimidated people with security agency, they use them to steal votes. But this time around we will shine our eyes well, we will stand by our votes, guide our votes jealously and make sure it is counted. Nobody can intimidate me in a democratic country like Nigeria.