Senator who dumped APC and returned to NASS, not Dino Melaye

Senator who dumped APC and returned to NASS, not Dino Melaye

In June 2018, Prominent members of the National Assembly belonging to the ruling APC defected to opposition. A year, later almost all have lost re-election or failed to make bids to return.

Ibrahim Danbaba and Dino Melaye are the only Senators left from the class of APC’s 2018 Defectors. After a re-run of his Senatorial contest, it is reported that he is trailing behind APC.

After the defections, APC Chairman, described the Senators as big masqueraders with no electoral value.As it stands now, only one of them will serve in the 9th Senate – Ibrahim Danbaba.

President of the 8th Assembly, Bukola Saraki, chose to dump the ruling party a week later. He returned to the PDP alongside his then State-Governor, Abdulfatahi Ahmed, not only that he lost his seat, the Anti-Saraki O-to-ge movement defeated PDP all-round in the 2019 election.

Former Kano State Governor, Senator Rabiu Kwankwaso and other serving House of Reps members returned to the PDP in Julu 2018. He went on to contest for Presidential ticket under the PDP, unlike Saraki he made no attempt to return to the Senate, but chose to support a serving Reps member, Ali Madaki, who lost to former Governor, Ibrahim Shekarau of the APC in February.

Kogi West district Senator, Dino Melaye won the 2019 general elevations, however his victory was short-lived after the tribunal annulled his election. He suffered a similar fate at the Appeal court. A new election held on 16th November which was declared inconclusive as he trails APC.

Bernabes Gemade joined his former party, PDP, after leaving the APC. After few months, he dumped the PDP for SDP to run for Senate seat again in 2019. He lost to PDP’s Gabriel Suswam.

Rafiu Ibrahim was among the O-t-ge’ casualty in Kwara State. Former Governor, Abdulfatahi Ahmed surrendered his Senatorial ticket to Senator Ibrahim, but he lost to new comer, Lola Ashiru.

After dumping the APC, Abdulazeez Nyako joined the Adamawa State Guber race under the ADC, following the steps of his father. He came 3rd while Aisha A. Dahiru occupied Adamawa Central seat.

Oyo Central Senator Monsurat Sunmonu, like Nyako joined the ADC after leaving APC. Sunmonu who was among the Female Senators lost her bid to opposition Candidate, Teslim Folarin.

Senator Soji Akanbi dumped APC for ADC at the aftermath of 2019 general elections. He contested for Oyo South seat with then Governor Abiola Ajimobi as both lost to the PDP.

Usman Nafada re-joined the PDP in 2015 to contest for gubernatorial elections. He lost the general elections to Inuwa Yahaya. Likewise his former Governor lost bid to swap his Senatorial seat.

Suleiman Othman Hunkuyi returned to PDP after dumping APC, he contest for the Guber ticket but lost the primaries to neighbor, Isa Ashiru Kudan. His attempt to represent Kaduna North failed.

Jigawa North-East Senator, Ubale Shittu lost his seat after leaving APC. He was defeated by Ibrahim Hassan Hadejia who contested under APC. Hadejia was the then Deputy Governor.

The Bauchi North Senator left APC in July 2018 along with other serving Bauchi Senator. Despite PDP winning the Governorship elections, Nazif lost to Muhammad Adamu Bulkachuwa.

Isa Misau of Bauchi Central zone lost his re-election bid in PDP to Halliru Jika of the ruling APC.

Danbaba is the only Senator who returned to the NASS after dumping APC. He returned as a PDP Senator after Appeal Court sacked, APC Candidate & Senator, he was sworn in November.

Senator Lanre Tejuosho made attempt to ditch the ruling party, but immediately made a u-turn. He retained his seat as Ogun Central Senator. Kaduna Senator, Shehu Sani dumped APC and joined PRP, to contest the general elections alongside Lawal Abubakar and Uba Sani, he lost to APC. 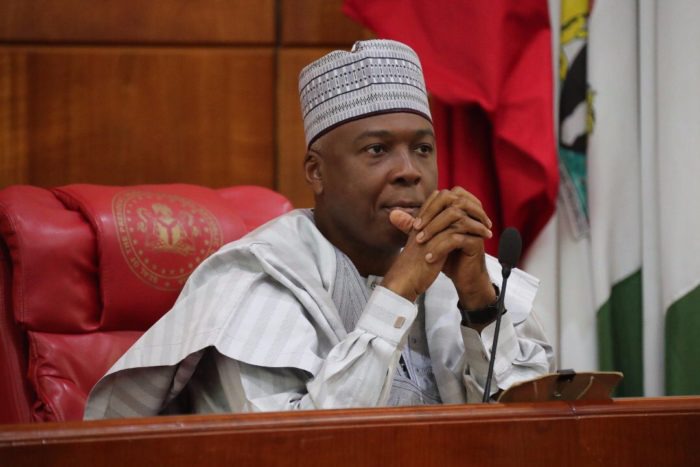