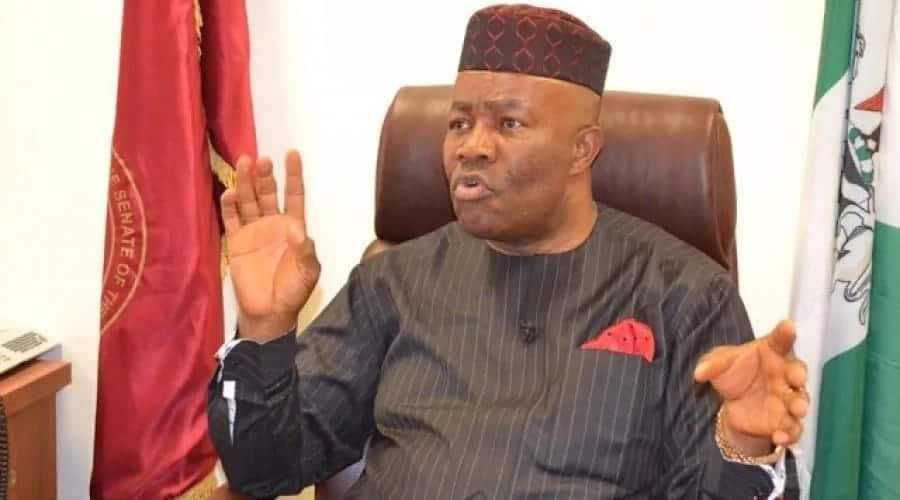 …As Forum of APC States’ Chairmen Denies Calling For His Sack

Abuja (Precise Post) – Minister of Niger Delta Affairs, Senator Godswill Akpabio has escaped removal from Office as the forum of All Progressives Congress state Chairman denied calling for his sack.

The call took a dramatic twist at the weekend as the forum disassociated itself from a media report attributing the call to it.

In a joint statement signed Alhaji Ali Bukar Dalori, and Dr Ben Nwoye, chairman and secretary, respectively of the Forum of the 36 APC states chairmen, it described the report as unfounded and said the motive of those behind it was to embarrass President Muhammadu Buhari, create disaffection within the party and mislead the Nigerian public.

The statement further disclosed that the forum was fully in support of all the steps taken by the administration of President Buhari to reposition the Niger Delta Development Commission (NDDC), including the constitution and inauguration of the 3-man Interim Management Committee, led by Barrister Joi Nunieh.

The forum expressed its support for the Minister of Niger Delta Affairs, Senator Godswill Akpabio, and dismissed the call for his sack as “a figment of the imagination of the unknown authors of the said statement, as it never emanated from the forum.”

The statement further read in part: “The attention of the All Progressives Congress (APC) State Chairmen’s Forum has been drawn to a trending publication, calling for the removal of the Honourable Minister of the Niger Delta Affairs, His Excellency, Senator Godswill Akpabio.

“The Forum wishes to state, categorically, that the said publication did not emanate from the Forum. It is a concoction of the originators of the fake, malicious and misleading fabrication, intended to embarrass Mr. President.

“The general public is therefore enjoined to discountenance the said publication as due process is being followed to unravel the perpetrators of the dastardly plot of using the name of the APC State Chairmen’s Forum in such a fallacious publication.

“The Forum further restates its unflinching support for the commitment and success of President Muhammadu Buhari’s administration.”